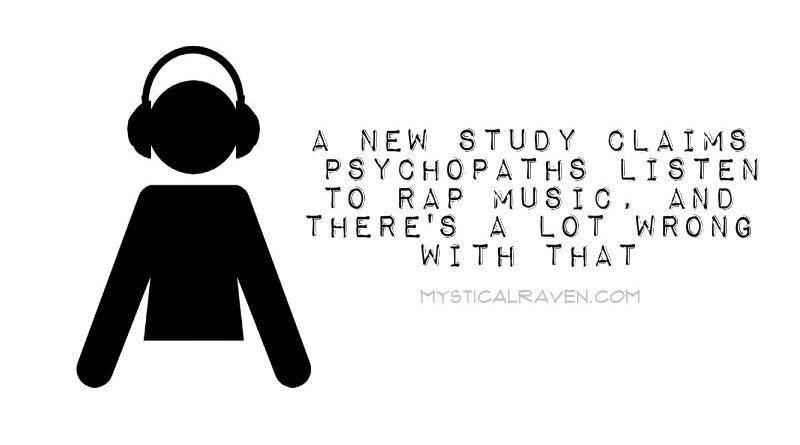 The study leaves one with more questions than answers…

According to a new study by New York University researchers, people who exhibit psychopathic traits are more likely to listen to rap music.

Researchers even think that in the future, rap songs could be used to predict the disorder.

My question is this: what were the races of all 200 people tested? If you’re going to release a study that says psychopaths like rap music there needs to be more information than just the blanket assessment because of the connotations associated with rap music.

Rap music has its roots in African-American culture and, according to The Social Significance of Rap & Hip-Hop Culture, the rap music we listen to today originates from the hip-hop culture of young, urban, working-class African-Americans.

So if we then are to infer based on the study’s findings coupled with historical and cultural context, we’d come to the conclusion that the study says African-Americans are more likely to be psychopaths because of their proclivity toward and history with rap music. That claim, then, only further exacerbates the narrative that rap music breeds hatred, violence, and crime which are traits that people associate with Black Americans.

With a study like this, it seems important and imperative that the researchers release further data. The study, as of now, has yet to be published.

Researchers are hoping to launch a larger study to verify their findings which seems especially important when you couple the initial findings with what rap music historically and culturally is associated with.

Dr Pascal Wallisch, lead author of the study, said: “You don’t want to have these people in positions where they can cause a lot of harm. We need a tool to identify them without their cooperation or consent.”

Yeah, that doesn’t sound terrifying at all.