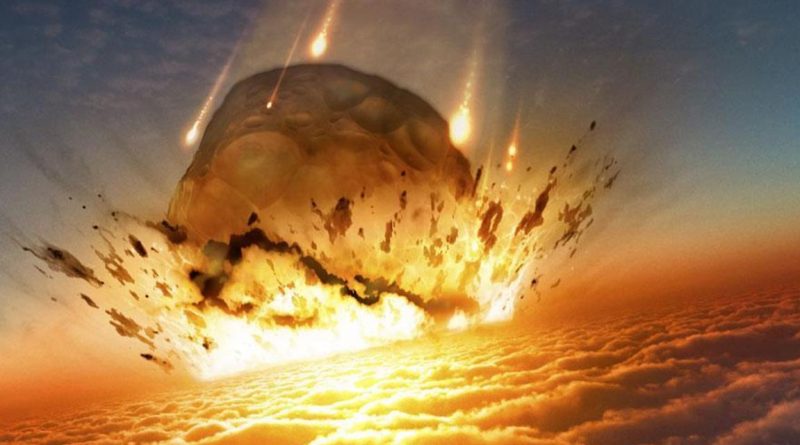 “The World Is Coming To An End.” How Many Times Have You Heard Warnings For An Upcoming Apocalypse? Well, September 23rd, You Can Add Another To That List.

I want to start this article by being very clear about one thing: the world is not going to end on September 23rd. But, that doesn’t make for a very interesting story. The theory behind this apocalyptic event, however, is pretty fascinating.

It all starts with a mysterious 9th planet conspiracy theorists call ‘Nibiru’. To be clear, Nibiru doesn’t actually exist. And that’s not my personal opinion, it’s the informed observation of NASA senior space scientist David Morrison. Morrison states, “There is no credible evidence, whatsoever, for the existence of Nibiru. Nibiru does not exist.”

Despite what some scientist who studies space says, David Meade believes he knows better.

David Meade has been called a “Christian numerologist” by several outlets, but told the Washington Post he is a researcher and astronomer (though he wouldn’t say what University he graduated from). Meade believes Nibiru is real, and is going to crash into the Earth on September 23rd. Is this based on science or any observable information? Nope! Meade uses ambiguous information from the Bible, and correlates it to the number 33.

And Sept. 23 is 33 days since the Aug. 21 total solar eclipse, which Meade believes is an omen.

Meade believes that the ways the stars and moon are aligned this week, and the recent solar eclipse, marks a collision course between Nibiru and Earth. If this sounds familiar, it is because a similar prediction was made in 2012.

NASA Has Not Yet Responded To Meade’s Assertions Of The September 2017 Apocalypse, But They Did Comment On The Similar 2012 ‘End Of The World’ Prediction.

On their website, NASA said in a statement: “Nibiru and other stories about wayward planets are an Internet hoax. There is no factual basis for these claims.

“If Nibiru or Planet X were real and headed for an encounter with the Earth in 2012, astronomers would have been tracking it for at least the past decade, and it would be visible by now to the naked eye. Obviously, it does not exist.”

Morrison, the previously mentioned NASA scientist, has received countless emails regarding the existence of Nibiru and it’s effects on Earth. He states that if Nibiru is as close as conspiracy theorists say it is to striking Earth, astronomers, and anyone really, would’ve noticed it by now.

“It would be bright. It would be easily visible to the naked eye. If it were up there, you could see it. All of us could see it. … If Nibiru were real and it were a planet with a substantial mass, then it would already be perturbing the orbits of Mars and Earth. We would see changes in those orbits due to this rogue object coming in to the inner solar system,” Morrison said in a video.

If You Want To Watch The Video David Meade Put Together Explaining His Thoughts On The “Upcoming Apocalypse,” We’ve Included It Below:

If you’re worried about the end of the world, I would be more concerned with climate change, and nuclear war, than I would be about a fictitious planet roaming the skies.

By Raven Fon for Iheartintelligence.com