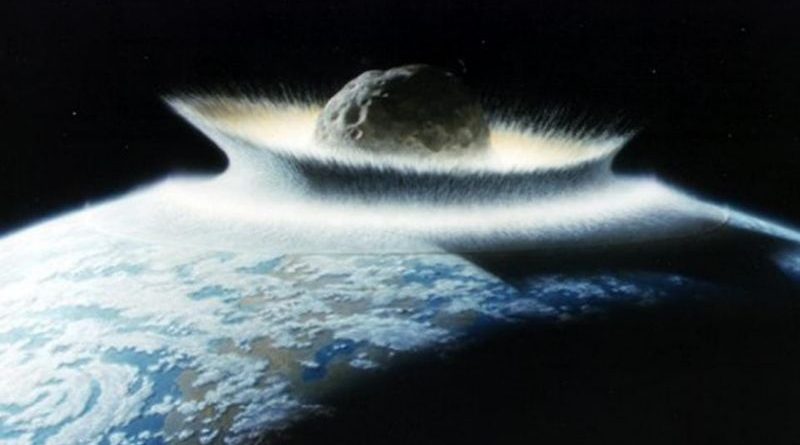 Scientists have discovered a new branch of the Taurids meteor stream that could pose a major risk to Earth, with asteroids up to 1,000 feet wide flying past us every few years.

The Taurids meteor shower peaks every October and November, producing a relatively small display of shooting stars as the planet passes through its stream.

Meteor shower displays happen when tiny bits of cosmic debris enter Earth’s atmosphere and burn up in the sky. Because the Taurids are made up of branches and a core, activity levels increase and decrease depending on how much debris Earth passes through.

Mostly, the meteoroids are about the size of a grain of sand and pose no risk at all. However, if a large enough asteroid entered the atmosphere, instead of disintegrating it would pass through and hit the Earth’s surface.

A stark reminder of the risk posed by asteroids and meteors came in 2013, when the 66-foot-wide Chelyabinsk meteor fell over Russia’s southern Ural region.

A team of researchers from the Czech Academy of Sciences in the Czech Republic has now found evidence to suggest Earth is at greater risk of being hit by an asteroid than we previously thought.

In their study, which is to be published in the journal Astronomy & Astrophysics, the team analyzed data on 144 Taurid fireballs that had been filmed with new digital cameras over the 2015 shower—a year of enhanced activity. They were able to work out the orbits of these fireballs, and found 113 of them show “common characteristics and form together a well-defined orbital structure, which we call new branch.”

This branch was found to contain at least two asteroids with diameters of between 650 and 980 feet. An impact from an asteroid of this size would cause a huge amount of damage if it hit a populated area of the planet.

As well as the two large asteroids, the team also found the branch likely contains “numerous” undiscovered objects that are at least 30 feet wide. “Since asteroids of sizes of tens to hundreds of meters pose a threat to the ground, even if they are intrinsically weak, impact hazard increases significantly when the Earth encounters the Taurids new branch every few years,” the scientists wrote.

The branch is not new. It has been passing by Earth every few years, ever since it formed around 1,000 years ago. However, now that we know it exists, the researchers say we need to carry out further studies to better understand “this real source of potentially hazardous objects.”

In an email interview with Newsweek, study author Jiří Borovička says that at present they do not have enough data to quantify the risk the branch poses to Earth. “A systematic search for asteroids within the newly identified branch will be needed to find the size-frequency distribution of large bodies within the branch,” she says. “The impact risk increases during the encounters of the Earth with the branch.”

She describes the risk of Earth being hit by a large asteroid during one of these encounters as a “lottery”—or “to be hit by a bullet or not.”

Their findings come just weeks ahead of Asteroid Day, on June 30. This event, first held in 2015, is a global awareness campaign to highlight the risk asteroids pose to Earth. Scientists estimate we have only detected around one percent of the one million asteroids that have the potential to impact Earth. Launching the event in 2014, astrophysicist Brian May said, “The more we learn about asteroid impacts, the clearer it becomes that the human race has been living on borrowed time.”

Borovička says the latest findings should serve as a reminder of the importance of identifying asteroids that could impact, adding she hopes scientists will turn their attention to the Taurids meteor stream in the future.

“So far, the search for hazardous asteroids has been done over all the sky,” she says. “We have pointed out a well-defined region in the solar system with a larger concentration of meteoroids and asteroids, which periodically come close to Earth’s orbit. We hope that people with access to large telescopes will explore this region in detail.”

She also says their findings reinforce the hypothesis that the Taurids stream is a remnant of a giant comet that disintegrated. Some of the debris from this event is thought to have struck the Earth, and has been connected with at least one catastrophic event in Earth’s history.

“Our observation gives some weight to that hypothesis,” Borovička says. “Perhaps there was a series of comet/asteroid disruptions and one of the recent ones created the new branch. We believe that our detailed description of the new branch will enable other people to explore this hypothesis in more detail than was possible before.”

An artist’s impression of an asteroid impacting Earth. NASA/Don Davis