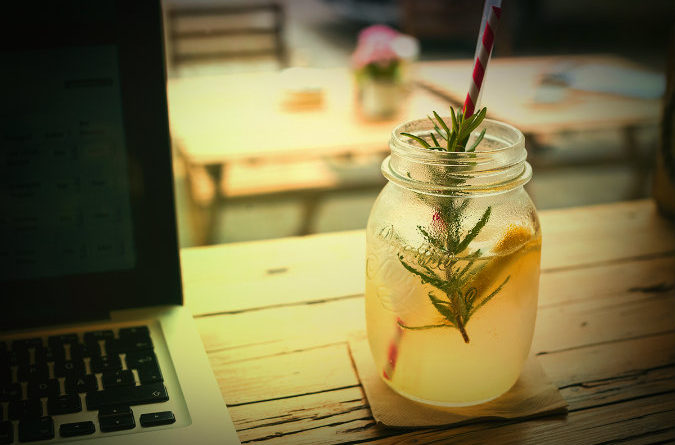 A system of sensors and electrodes can digitally transmit the basic colour and sourness of a glass of lemonade to a tumbler of water, making it look and taste like a different drink. The idea is to let people share sensory experiences over the internet.

“People are always posting pictures of drinks on social media – what if you could upload the taste as well? That’s the ultimate goal,” says Nimesha Ranasinghe at the National University of Singapore.

Ranasinghe and his team used an RGB colour sensor and a pH sensor to capture the colour and acidity of a freshly poured glass of lemonade. This data was sent to a special tumbler in another location that was filled with water. An electrode around the rim of the tumbler mimicked the sourness of the lemonade by stimulating the drinker’s taste buds with a pulse of electricity. LED lights replicated the colour.

To test the effectiveness of the digital tumbler, the team got 13 people to taste a variety of real and virtual lemonades, without knowing which was which. The lemonades came in three colours: yellow, green and cloudy white. The volunteers were trained to rest their tongue on the rim of the tumbler while drinking, so they would benefit from the electrical stimulation. They were asked to rate each drink on how sour it looked, and then how sour it tasted.

On average, people reported that the real lemonade tasted sourer than the virtual version. However, they perceived the virtual cloudy lemonade as sourer based on its colour alone, perhaps because of the brightness of the LEDs.

The researchers presented the work at the Conference on Tangible, Embedded and Embodied Interaction in Yokohama, Japan, in March.

The current system is not yet able to transmit the full flavour profile of a drink. “Unless you simulate olfaction, true flavour cannot be reproduced,” says Amol Bhondekar at the Central Scientific Instruments Organisation in India.

But the team plans to add other functions. “We’re working on a full virtual cocktail with smell, taste and colour all covered. We want to be able to create any drink,” says Ranasinghe.