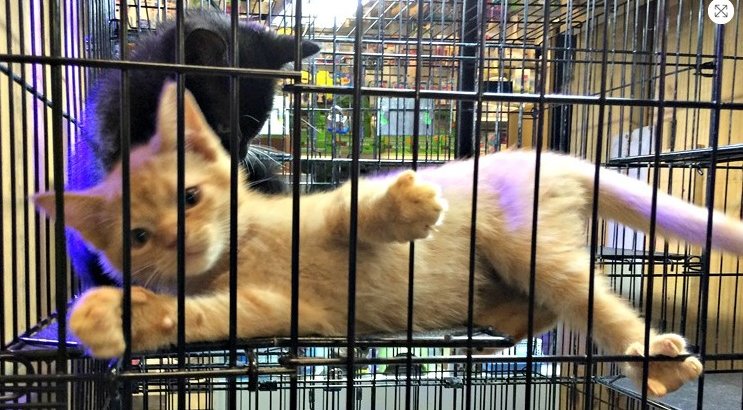 When you see something that isn’t right – you should speak up. Katelyn Cerciello did. She had only worked at the Robinson Petland in Robinson Township, Pennsylvania for one month. She saw the owner not take care of the sick puppies. Instead, the puppies were sent to be euthanized.

The owner would also sell puppies from puppy mills to the public for thousands of dollars. She approached the owner, but he refused to change his ways. So, Katelyn took to Facebook. She wrote a long post describing the horrors she saw every day at the store.

The owner of the store was contacted and is claiming that Katelyn made all the stories up and had manufactured the pictures as well. The store manager has reportedly received threats. They even had to close the store for fear of being harmed.

You really do have to be aware of what you are buying. People need to know that puppy mills are horrible places. The puppies from puppy mills are sold to pet stores. The pet stores then turn around and over charge the public for an unhealthy puppy.

No one should ever buy a pet from a pet store – adopt! There are thousands of animals waiting for homes in animal shelters around the country.

You can be sure that the shelter has taken good care of their animals.

Thank you, Katelyn for being brave and standing up to the store manager. You did the right thing! Share away, people.