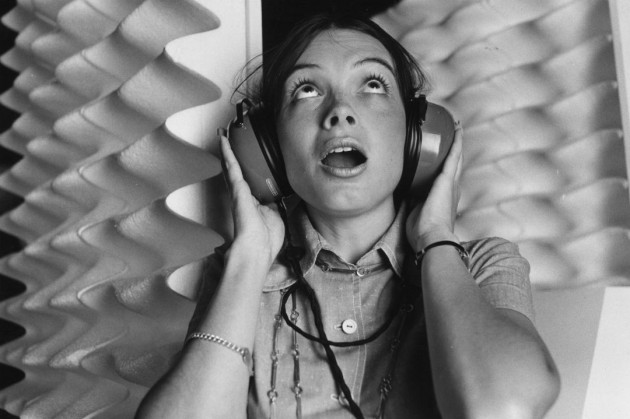 Listening to good music can trigger the same reaction in our brains as eating a good meal, taking a psychoactive drug or enjoying an evening of passion, researchers from McGill University in Montreal claim in a new study.

The research, which was published in the journal Science, reported the nucleus accumbens is the part of the brain that is most closely associated with the enjoyment a person experiences when listening to a pleasant song for the first time.

The nucleus accumbens, which is described by The Telegraph as “the rewards region” of the brain, is located near the center of the organ and is operated by the chemical dopamine. Furthermore, the more the listener enjoyed what he or she was hearing, the stronger the connections in this region of the brain became.

Lead researcher Valorie Salimpoor recruited 126 volunteers, polling each about their musical preferences, and then compiling a list of 60 songs that were unfamiliar to the test subjects. Each participant listened to the first 30 seconds of each song while Salimpoor and her colleagues measured their brain activity using functional magnetic resonance imaging (fMRI), explained National Geographic´s Virginia Hughes.

“To specifically look into brain activity exhibited while people listened to new music they liked, though — rather than any new music at all — the researchers introduced a twist: Each of the 19 study participants were able to buy any of the songs afterward, with real money,” Joseph Stromberg of Smithsonian.com said. “By including this step, the scientists had an objective measure of which songs each of the participants truly enjoyed and deemed worth purchasing.”

The purchase program was set-up like an auction in that study participants were allowed to place “bids” as to how much they would be willing to pay for each tune — essentially linking a dollar value to how much pleasure they derived from each piece of music. The more a person was willing to spend to buy a song, the greater the level of activity in the nucleus accumbens when it was first played, Stromberg said, suggesting this particular region of the brain was vital for the pleasure a person experiences when hearing good music for the first time.

“When people listen to a piece of music they have never heard before, activity in one brain region can reliably and consistently predict whether they will like or buy it, this is the nucleus accumbens which is involved in forming expectations that may be rewarding,” Salimpoor told The Telegraph. “What makes music so emotionally powerful is the creation of expectations. Activity in the nucleus accumbens is an indicator that expectations were met or surpassed, and in our study we found the more activity we see in this brain area while people are listening to music, the more money they are willing to spend.”

The inspiration for the study, Salimpoor told Hughes, was an experience she had while driving a vehicle and listening to the radio.

The researcher said she was feeling uncertain about her future, particularly the type of career she wanted or how she would use her undergraduate training in neuroscience, when she heard Johannes Brahms´s Hungarian Dance No. 5 for the very first time.

“This piece of music came on, and something just happened. I just felt this rush of emotion come through me. It was so intense,” Salimpoor told National Geographic. She said she pulled over and listened to the song, and once it was over, she then began to wonder about the impact that listening to the song had on her mood. “I was thinking, wow, what just happened? A few minutes ago I was so depressed, and now I´m euphoric. I decided that I had to figure out how this happened — that that´s what I´m going to do with the rest of my life.”