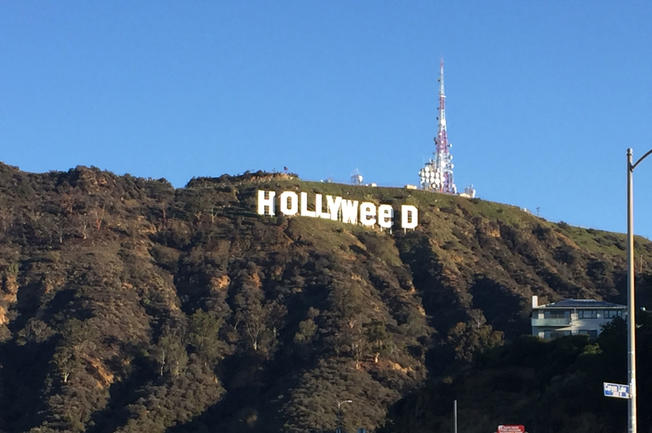 Angelenos were in for a surprise on New Year’s Day, waking up to find the iconic Hollywood sign read “Hollyweed” Sunday morning.

Around midnight, security cameras captured the prankster, a lone man, climbing the fence that guards the sign, according to Sgt. Juneau of the Los Angeles Police Department’s Security Services Division.

By placing two tarps over the “O’s” in Hollywood, he transformed the sign to read “Hollyweed.”

Juneau said the man then climbed back over the fence and fled. He is being investigated for misdemeanor trespassing.

The prank comes after California voters passed Proposition 64 in the November election to legalize the recreational use of marijuana and hemp in the state.

A similar prank was carried out on Jan. 1, 1976, after a marijuana law went into effect in California, reported the LA Times.

“To mark the occasion, some young men draped the two O’s in ‘wood’ with E’s to make it ‘Hollyweed,'” wrote the LA Times.