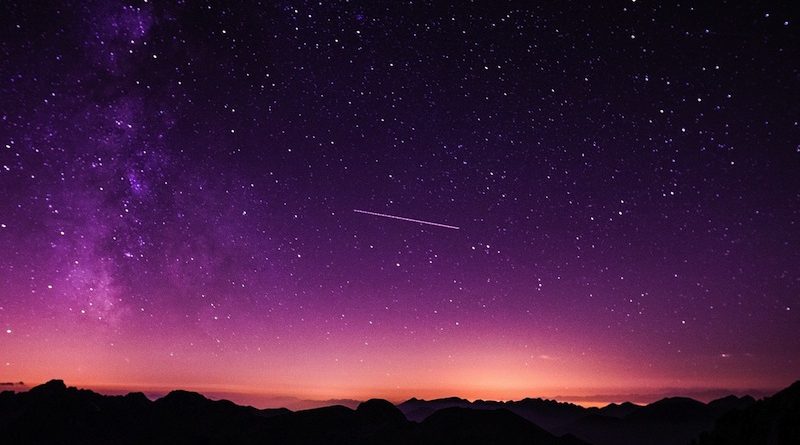 EVERYONE LOVES WATCHING THE ILLUMINATED SKIES DURING A METEOR SHOWER, AND THIS ONE IS GUARANTEED TO BE A SHOW-STOPPER, WITH JUPITER MAKING AN APPEARANCE.

If you’re an avid star-gazer, or just enjoy watching interesting astronomical events, then you won’t want to miss this year’s Geminid meteor shower.

The Geminids are expected to peak on the evening of December 13 and into the early morning hours of December 14. Usually, having a full moon on such an occasion would hinder you from seeing the faint trails of light in the sky, but in the case of this meteor shower in particular, there is no cause for worry. The Geminids are known for their brightness, and instead of being burdened by ambient light from the moon, you’ll be blessed to see, and enjoy, both.

WHEN IS THE GEMINID METEOR SHOWER?

The peak of the Geminids will occur between December 13 and December 14, when the sky is it’s darkest. The best viewing will take place around 2 a.m. local time, regardless of where you are in the world. This is possible because the constellation Gemini (which is where this shower’s radiant point is located) reaches its highest point at approximately  2 a.m., your local time. EarthSky gives a pointer for viewing, “the higher the constellation Gemini climbs into your sky, the more Geminid meteors you’re likely to see.”

No special equipment required! Just be sure to give yourself at least 20 minutes to sit beneath the night sky and give your eyes time to adjust to the darkness. Obviously, you’ll want to bring things with you to stay comfortable for a while. Blankets, food and drinks, pillows, chairs- whatever you think you’ll need for a few hours. If you can get away from city (artificial) light, you will certainly have a better view.

Unlike most meteor showers, the Geminids are not a comet, nor are they part of one. This meteor shower is associated with an asteroid- 3200 Phaethon, to be exact. Because of that little difference, you are guaranteed to see more light trails, and maybe even an earthgrazer.

The best time to catch one of these rare celestial treats is in the early evening hours, before the constellation Gemini reaches it’s highest point in the sky.

As a special guest, the dazzling planet Jupiter will join the Geminid meteor shower at its peak around 2 a.m.!

So grab a friend and a blanket, and make sure you catch this spectacular event that only happens once every 1.4 years.

Written by Raven Fon for UniSoulTheory