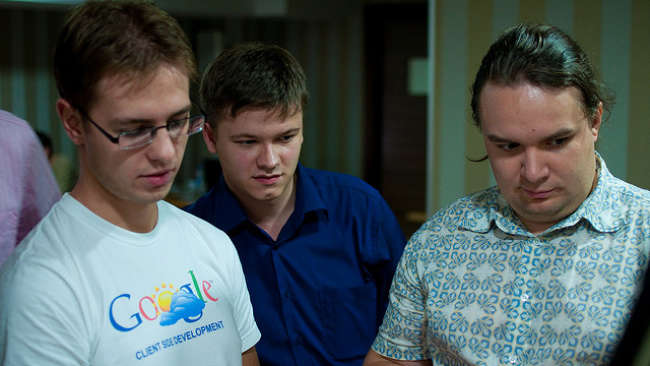 It would hardly look at applicants who hadn’t gone to an Ivy League school, MIT, Cal Tech, or Stanford. It also actually used to ask executives and engineers in their mid-30s about their college GPAs. The worst thing Google HR would do was ask applicants insanely difficult “brain teaser” interview questions.

Gayle Laakmann McDowell, a former Google software engineer and author of The Google Resume, says the company has finally “banned” most of these awful hiring practices.

Of the brain teasers, she says: “If an interviewer were to ask a candidate a brain teaser, despite the policy, the hiring committee would likely disregard this interviewer’s feedback and send a note back telling the interviewer not to ask such silly questions.”

How bad were these “silly questions” that Google had to outright ban them?

Seattle job coach Lewis Lin put together a list of 140 questions his clients were asked by Google.  Here are…15 BANNED Google Interview Questions That Will Make You Feel Stupid »

15. How many golf balls can fit in a school bus?

14. How much should you charge to wash all the windows in Seattle?

11. Why are manhole covers round?

10. How many piano tuners are there in the entire world?

9. How many times a day does a clock’s hands overlap?

8. Explain the significance of “dead beef”

7. A man pushed his car to a hotel and lost his fortune. What happened?

6. You need to check that your friend, Bob, has your correct phone number…but you cannot ask him directly. You must write the question on a card which and give it to Eve who will take the card to Bob and return the answer to you. What must you write on the card, besides the question, to ensure Bob can encode the message so that Eve cannot read your phone number?

5. You’re the captain of a pirate ship… and your crew gets to vote on how the gold is divided up. If fewer than half of the pirates agree with you, you die. How do you recommend apportioning the gold in such a way that you get a good share of the booty, but still survive?

4. You have eight balls all of the same size… 7 of them weigh the same, and one of them weighs slightly more. How can you find the ball that is heavier by using a balance and only two weighings?

3. You are given 2 eggs… You have access to a 100-story building. Eggs can be very hard or very fragile means it may break if dropped from the first floor or may not even break if dropped from 100th floor. Both eggs are identical. You need to figure out the highest floor of a 100-story building an egg can be dropped without breaking. The question is how many drops you need to make. You are allowed to break 2 eggs in the process.

Job: Product Manager
2. Explain a database in three sentences to your eight-year-old nephew.

screengrab from the Problem ChildFillingthevoidRevues via Flickr
Job: Product Manager
1. You are shrunk to the height of a nickel… and your mass is proportionally reduced so as to maintain your original density. You are then thrown into an empty glass blender. The blades will start moving in 60 seconds. What do you do?