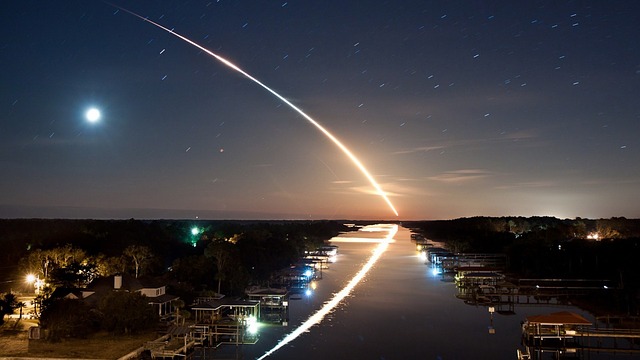 Lets face it – not all meteor showers are born equal, and we tend to favour the ones that give us the most bang for our buck, such as the Perseid meteor shower, which gave us 200 meteors an hour back in August.

But good things come to those who wait, which is what makes the November Taurid meteor showers – also known as the Halloween fireballs – so special. What they lack in quantity, they make up in bright, slow-moving fireballs.

“In general, the Taurids are very bright,” NASA meteor expert Bill Cooke told Elizabeth Howell at Space.com. “So there may be only five per hour, but they are bright. That’s their claim to fame.”

The meteors are expected to be most abundant just after midnight – you could see up to 10 per hour – so get your deckchairs and blankets, and find somewhere dark so you can start scouting for these rare beauties.

As Bruce McClure points out for EarthSky.org, the Moon is actually cooperating with us this weekend, and isn’t going to be reflecting moonlight through the sky to ruin our chances of seeing something.

“The Moon is now in a waxing crescent phase. Setting in the early evening, that means no moonlight to ruin the prime time viewing hours, centred on about 12:30am local time,” he says.

“We’re guaranteed to have deliciously dark skies for the South Taurids tonight and tomorrow, to highlight any Taurid fireball that might come whizzing by.”

Earth passes through the Taurids every year around this time, and are linked to the comet Encke. Encke and the Taurids are thought to be the remains of a much larger comet that’s been breaking apart and disintegrating for the past 20,000 to 30,000 years.

This break-up could explain why so many Encke-like pieces have been detected in our inner Solar System.

The Taurid complex, which is made up of many substreams, and has both comet Encke and several Near-Earth Objects (NEOs) moving inside it, is thought to be the largest stream of material in the inner Solar System.

And these things aren’t small. “One astronomer has even postulated that it was a huge fragment of Comet Encke’s parent that produced a 10 megaton explosion over Siberia back in 1908,” says NASA.

Earth takes several weeks to pass through the Taurid complex, so if you can’t drop everything to watch them at their peak, just pick a night in November, and you should still get some good meteor action.

And the fact that they contain so many big pieces makes the chances of a fireball – another term for a very bright meteor – much better than in other meteor showers.

Fireballs are generally brighter than magnitude -4, which makes them about the same brightness as Venus in the night sky, or maybe even as bright as the Moon.

Here’s what you get to look forward to: