Here’s the powerful letter signed by Sanders and four other senators.

The Dakota Access pipeline currently hangs in a state of uncertainty. On October 9, a federal appeals court dismissed the Standing Rock Sioux tribe’s request for a permanent injunction to stop to the project. Meanwhile, Obama administration officials continue to stall; one day after the court ruling, the departments of Justice, Interior, and the Army issued a joint statement refusing to authorize construction along part of the proposed route.

And while a federal review of the permitting process began this week, a handful of Senate Democrats, led by Vermont Sen. Bernie Sanders, have now penned a powerful letter to President Barack Obama, calling on him to suspend all construction permits for the project and to order a full environmental impact statement. Check it out below, or read the PDF online, here. 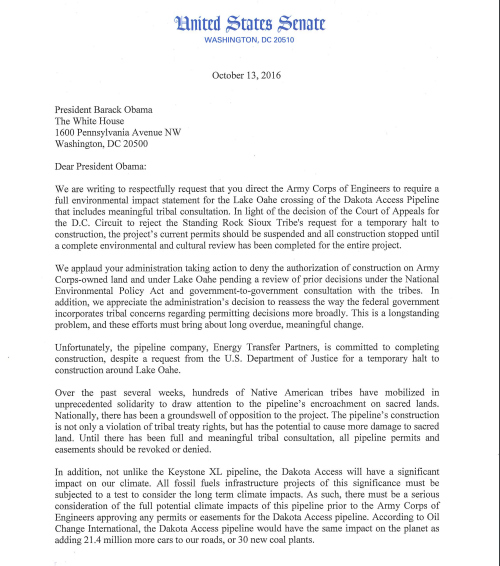 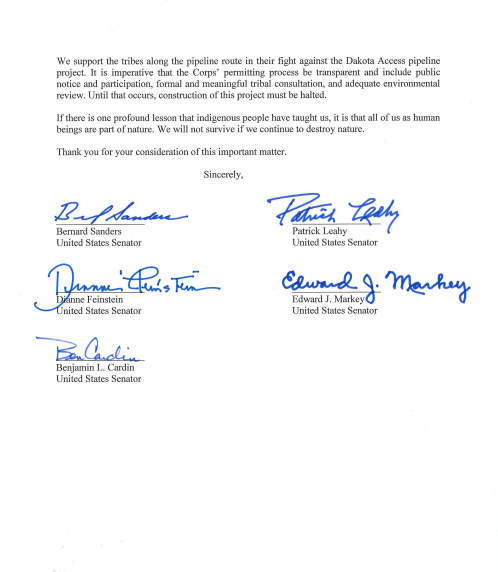