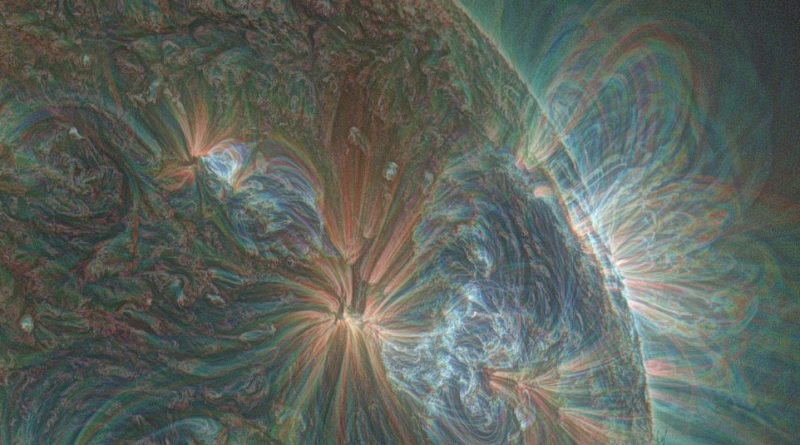 This combination of three wavelengths of light from NASA’s Solar Dynamics Observatory shows the colourized brilliance of our sun.

On January 17, 2013, a suite of NASA’s sun-gazing spacecrafts detected an abnormal series of eruptions taking place on the Sun’s surface; series of rapid puffs were causing massive amounts of solar material to burst out from the Sun’s atmosphere. The puffs were occurring roughly once every three hours and, after about twelve hours, a much larger eruption of solar material began. The unusual activity continued for a period of three days.

At the 2014 Royal Astronomical Society’s National Astronomy Meeting in Portsmouth, England, solar scientist Nathalie Alzate presented her findings as to what caused the puffs. By looking at the high-resolution images that were taken by both NASA’s Solar Terrestrial Relations Observatory (STEREO) and NASA’s Solar Dynamics Observatory (SDO), Alzate and her team took a close look at the behavior that led up to the initial puffs and the interaction between the small and large eruptions.

“Looking at the corona in extreme ultraviolet light we see the source of the puffs is a series of energetic jets and related flares,” says Alzate. “The jets are localized, catastrophic releases of energy that spew material out from the sun into space. These rapid changes in the magnetic field cause flares, which release a huge amount of energy in a very short time in the form of super-heated plasma, high-energy radiation and radio bursts. The big, slow structure is reluctant to erupt, and does not begin to smoothly propagate outwards until several jets have occurred.”

She continues, “We still need to understand whether there are shock waves, formed by the jets, passing through and driving the slow eruption. Or whether magnetic reconfiguration is driving the jets allowing the larger, slow structure to slowly erupt. Thanks to recent advances in observation and in image processing techniques we can throw light on the way jets can lead to small and fast, or large and slow, eruptions from the Sun.”

“This combination of three wavelengths of light from NASA’s Solar Dynamics Observatory shows one of the multiple jets that led to a series of slow coronal puffs on Jan. 17, 2013. The light has been colorized in red, green and blue.
Credit: Alzate/SDO” 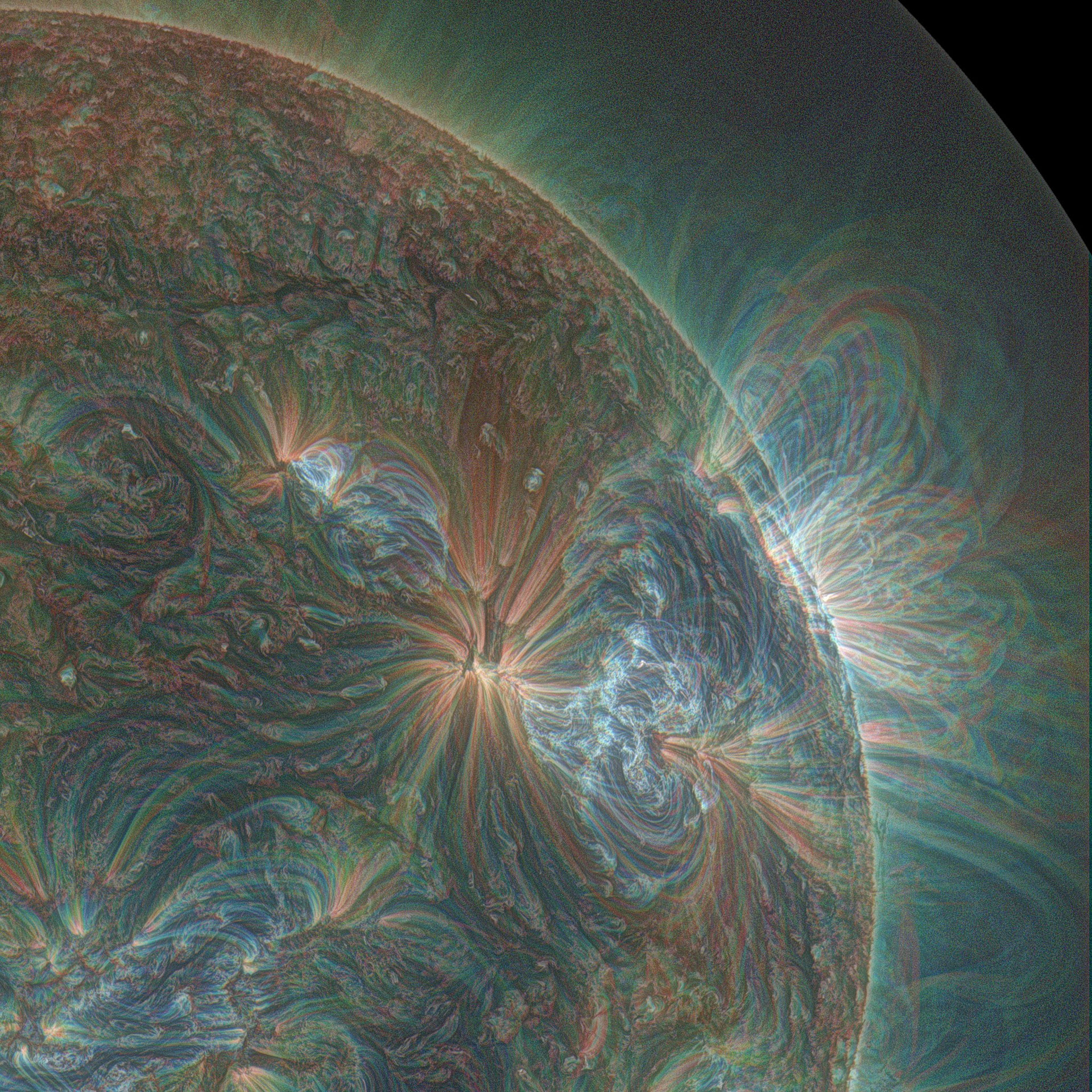