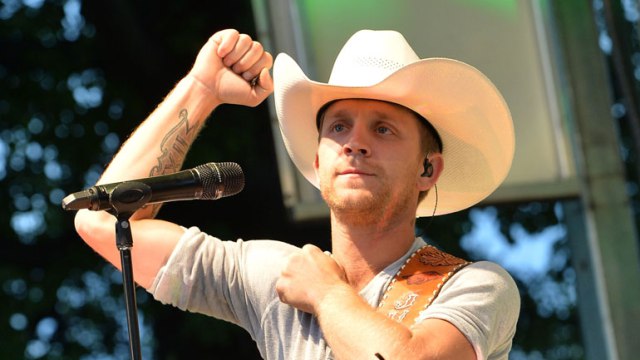 Chicago might not have a well-known reputation for being associated with country music, but after country star Jason Moore’s recent concert, it just might be…

It’s not very often you see outstanding acts of chivalry, but that is exactly what happened at last week’s concert in the Windy City.

The basic rundown of what happened is this: Moore saw a man in the audience having some behavioural problems, and treating a woman next to him in a pretty nasty way.

It’s still not clear what exactly took place, but if you’ve ever been on a stage before, then you know whatever it was had to be intense if Moore could see it.

The country star immediately halted his performance, and knelt down to get a closer look at the man who was causing the problem. Moore got the man’s attention by publicly calling him out on the microphone. It was loud, and it was intentional; he made his voice impossible to ignore.

“Hey, hey, hey! Look at me,” Moore said as his band continued jamming along.  “If you ever throw anything at a woman at another one of my shows, I’m gonna beat the f–k out of you.”

Brianne Gustafson captured the event posted below. “A true class act,” Gustafson said. “Justin knows how to treat a lady.”

Security ended up removing the man, and Moore went on to finish his concert.

While we here at Mystical Raven do not condone violence in any way, we do appreciate someone standing up for what is right. Raising awareness about domestic violence is an important issue, and we need to stop sweeping it under the rug. So, thanks to Justin Moore for taking a stand and bringing attention to this man’s deplorable actions. And thank all of you for sharing it.