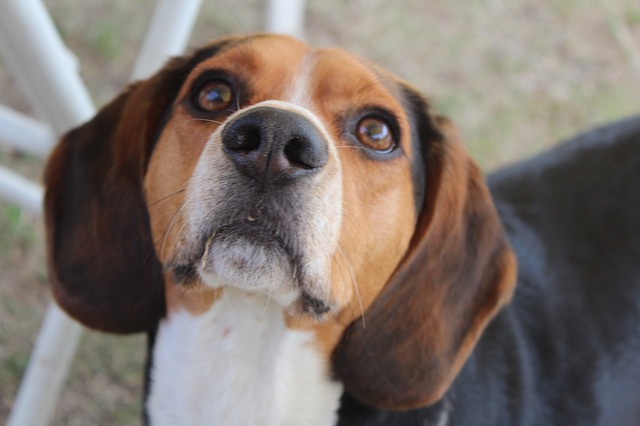 Four professors from the University of Missouri-Columbia intentionally blinded 6 beagle puppies. The beagles were killed after the research methods failed to heal their wounded corneas.

The Los Angeles-based Beagle Freedom Project, a non-profit organization that looks for homes for animals who have survived medical research, were the ones who brought the deaths of the dogs to light. They are currently suing the University of Missouri-Columbia for trying to charge the group around  $82,000 to make copies of its current research projects.

Kevin Chase, Beagle Freedom Project’s vice president, says they looked through the universities published animal research while awaiting the suit. He says he found one which was particularly “disturbing.” It was a study published in the 2016 Journal of Veterinary Ophthalmology.

The study talks of researchers pouring an experimental acid into the dogs’ corneas to test treatment of corneal ulcers.

“[The university researchers] killed these six beagles after purposefully damaging their corneas pouring an experimental acid into them and then killing them when they’re done because the experiment failed,” Chase says.

“And so if the acid they dripped into the cornea of these dogs had proven successful … it still would have been considered, by their standards, ineffective research or invalid research because the population study was too small to be studied.”

Mary Jo Banken, who is a spokeswoman for the university, tried defending the project, when she spoke to Riverfront Times.

“Without animal research, we would not be able to answer some of the most important medical questions,” she told the RFT in an emailed statement. “Researchers at the University of Missouri are working to develop painless or non-invasive treatments for corneal injuries to the eyes of people and dogs, including search and rescue dogs and other service animals. Common injuries to the cornea can include force trauma, chronic defects and surgical procedures, and can lead to blindness. Since dogs share similar eye characteristics with people, they are ideal candidates for corneal studies, and veterinarians have provided vital information to physicians and veterinarians treating corneal injuries – which ultimately benefit other dogs, animals and humans, including many of our U.S. veterans who have sustained corneal injuries while defending our country.”

The said the studies were performed in accordance with the Association for Research in Vision and Ophthalmology and approved by the MU Institutional Animal Care and Use Committee. “The animals were treated humanely and every effort was made to ensure dogs were as comfortable as possible during the tests to study the effectiveness of the new drug treatment.”

However, Banken didn’t give RFT a response when they asked why the beagles couldn’t be rehomed.

As the study notes, “Prior to study initiation, a power analysis was performed and it was determined that 12 animals per group would be required to detect a clinically significant difference in healing rates.” Yet, the professors write, “a study size of 24 dogs was deemed impractical given concerns of animal resources for this pilot study.” So, they decided to go ahead with 6, and then received a published paper from it.

Kolde’s suit against the university is still pending.