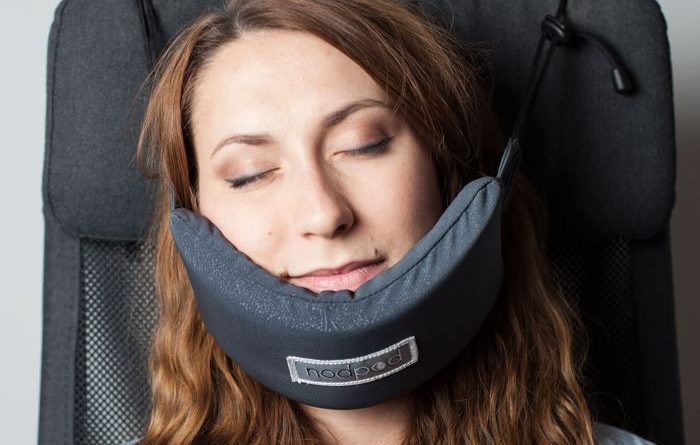 Do you suffer from getting no sleep while traveling? Well, it looks like Paula Blankenship has finally found a solution for that!

After many sleepless trips, Paula decided it was enough and she created the NodPod – a head hammock that recreates the way you sleep in bed, with your head at a 90-degree angle but in an upright position. Plus, the cord is designed so that it doesn’t cover the TV screen for the passenger behind you! So, whether you’re traveling by plane, by bus, by train or car – it’s time to say goodbye to those sleepless trips and awkwardly waking up on your fellow passenger. You can pre-order the NodPod for currently $25 on Kickstarter.