Mila Kunis never intended to give Will Smith a standing ovation at the 2023 Oscars- despite the rest of the attendees doing so. The star of That 70’s Show, and her husband- Ashton Kutcher- were at the Academy Awards when they saw Smith walking up on stage and slapping Chris Rock. The latter had made a joke about Jada Smith’s loss of hair due to alopecia. Just a few minutes after the slap, Smith won the Best Actor award for his performance in King Richard.

When he gave a tear-filled speech, the audience reportedly forgot what had transpired just a few minutes ago and gave him a standing ovation. In a new cover story for C Magazine, Kunis expressed her disbelief at how people around her were so willing to give him that ovation. [1]

In the interview, Mila Kunis mentioned, “The idea of leading by example only makes sense when you actually have someone to lead. We have our tiny little tribe here at home, and never once do I want to tell them to do something if I’m not willing to do it myself. Not standing up, to me, was a no-brainer, but what was shocking to me was how many people did stand up. I thought, ‘Wow, what a time we’re living in that rather than do what’s right, people focus on doing what looks good.’ It’s insane to me.”

Since that incident, a lot has occurred. Will Smith has already apologized to Chris Rock for his actions. He has also given his resignation from the Academy of Motion Picture Arts and Sciences. The Academy, on their part, banned him from attending any of their events for the next 10 years.

In a video that the star shared just a few months ago, Will Smith talked about how he had been introspecting about the entire situation. “I’ve reached out to Chris and the message that came back is that he’s not ready to talk, and when he is he will reach out. So I will say to you, Chris, I apologize to you. My behavior was unacceptable, and I’m here whenever you’re ready to talk.”[2]

Mila Kunis’ disbelief was echoed by several other celebrities like Jim Carrey and others. To this, Will Smith mentioned, “I hate when I let people down. It hurts me psychologically and emotionally to know I didn’t live up to people’s image and impression of me. I know it was confusing, and I know it was shocking, but I promise you I am deeply devoted and committed to putting light and love and joy into the world. And if you hang on, I promise we’ll be able to be friends again.”

On the other hand, Mila Kunis had her fair share of criticism when she was booed by the audience at Jimmy Kimmel Live! Nevertheless, the actor was quite unmoved by the boos and she joked with Jimmy, “What’s wrong with your audience? Very New York of you, very New York.” But maybe the boos were kind-hearted, who knows. You can see for yourself below.

This article originally appeared on Tiffy Taffy and has been republished here with permission. 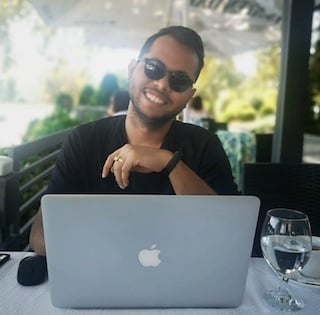