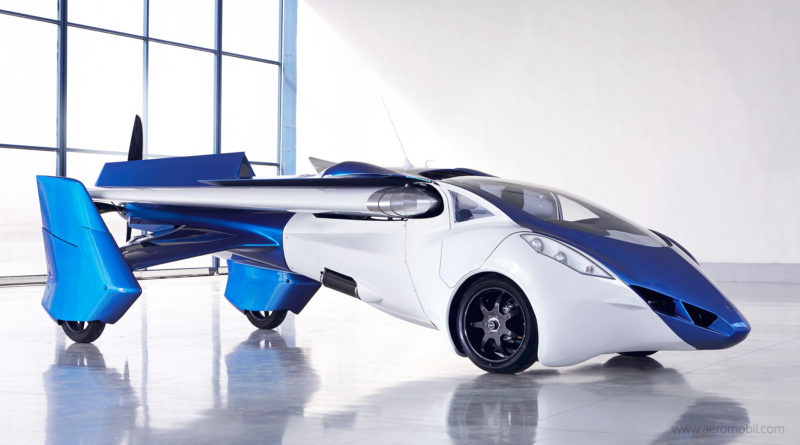 “Once you have tasted flight, you will forever walk the earth with your eyes turned skyward, for there you have been, and there you will always long to return.”
― Leonardo da Vinci

This week, Slovakian company Aeromobil unveiled their new flying car prototype, which looks like something out of a Bond movie (or a lighter version of a “The Bat” from Dark Knight Rises), and is competing with heavy hitters like Google to get the first flying car on the streets.

And according to CEO Juraj Vaculik, that will be very soon, as the company plans to commercialize the prototype as early as 2017.

The Aeromobil 3.0 is an experimental prototype that is subject to change, and the company is pushing it as the future of flying vehicles. It’s unknown exactly how fast this version of the vehicle can travel, but the previous model could fly at speeds of up to 124 mph for 430 miles, and on the road, it can reach speeds of up to 100 mph for 310 miles. Vaculik stated that it’s only the “first product in a series of innovative vehicles,” (via Inhabitat) although no details were given as to future designs.

“We want to make personal transportation exciting, more efficient and sustainable. With ever more cars on the roads and ever more crowded airports, traveling is no longer what it used to be,” AeroMobil’s CTO Stefan Klein said at the unveiling (via Tech Blog).

“Birds have wings; they’re free; they can fly where they want when they want. They have the kind of mobility many people envy.”
― Roger Tory Peterson

“Any sufficiently advanced technology is indistinguishable from magic.”
― Arthur C. Clarke, Profiles of the Future: An Inquiry Into the Limits of the Possible

Image Credit: Aeromobil/Bloomberg | Thanks to Outer Places for this article found here