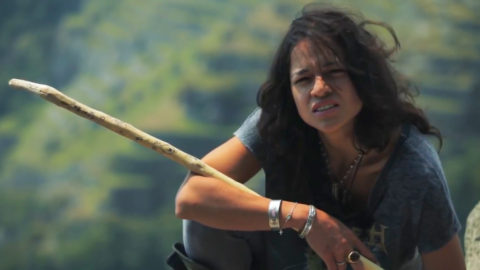 The Reality of Truth is a highly provocative documentary that investigates the mysterious relationship between spirituality, religion and plant medicine.

The film features first of its kind interviews with leading scientists, gurus, celebrities and people of all faiths about this intriguing connection, as well as their personal experiences with transcendence and spirituality.

Throughout history, human beings have been in search of spiritual gateways by means of prayer, meditation and plant medicine. Judeo Christianity, Vedicism and Shamanistic traditions all incorporate methods that focus on transcending physical reality; ancient techniques that have now been uncovered are becoming available to modern society.

The intention behind the documentary is to break the “illusion of reality,” and allow viewers to make their way toward a more fruitful and meaningful existence. While conducting the interviews, the filmmakers also manage to capture the culture and energy of some of the most spiritual regions on Earth such as Rome, Peru, Costa Rica, Maui, and the Maharishi University of Management in Fairfield, Iowa.

For a limited time (now until 7/18/16), The Reality of Truth is available to stream for the small price of a Facebook or Google+ share. Click here for more information and to see the full documentary. Check out the trailer below as well as a list of the influencers involved in the making of this documentary.