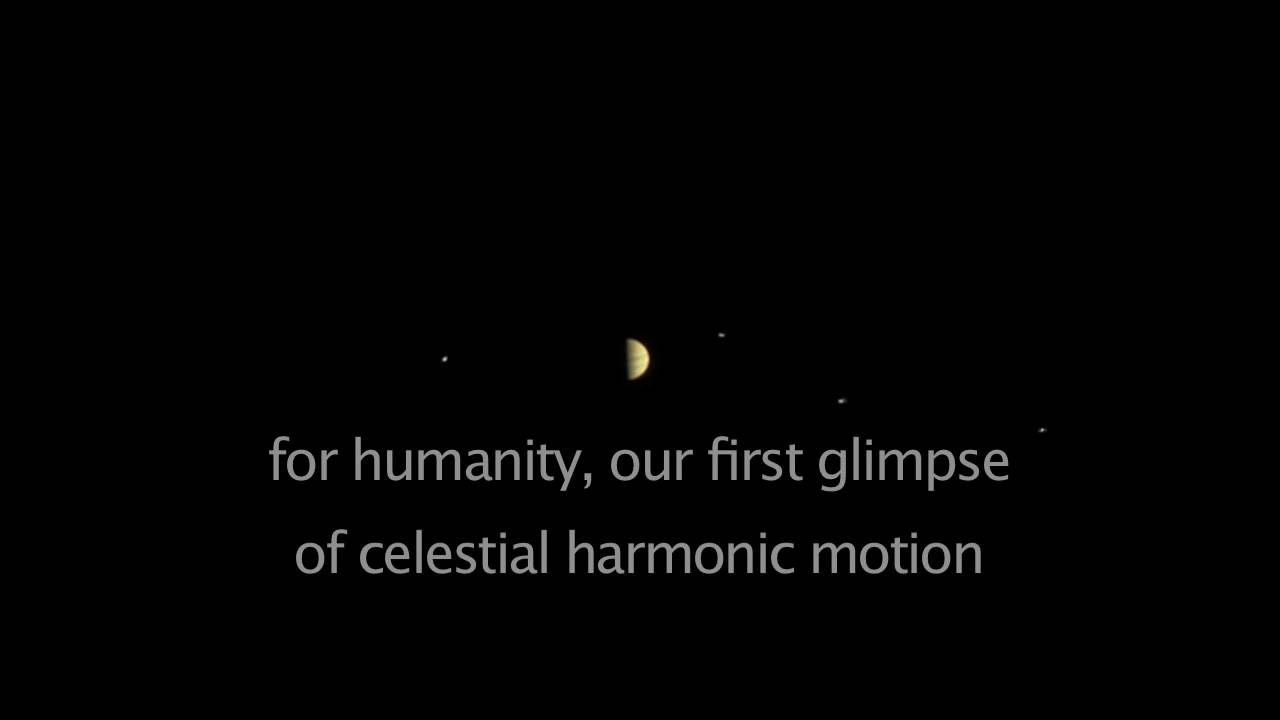 This video of Jupiter’s four most famous moons beautifully dancing through space is a captivating sight to behold, and it’s the first time we have been able to fully visualize their orbit.

“Celestial harmonic motion was captured for the first time by NASA’s Juno mission. It snapped imagery of Callisto, Ganymede, Europa and Io orbiting Jupiter between June 12-29, 2016 on its approach to the gas giant,” says Steve Spaleta of LiveScience.

Scott Bolton, Juno Principal Investigator, said these powerful words about what you are about to watch, and you can really his love for this incredible spectacle,

“For centuries we have imagined how the planets move and how the stars move and we’ve only been aided by computer animation or the efforts of Hollywood. Well tonight that’s going to change. Because Juno on its approach managed to capture a movie of Jupiter and its moons and we’re going to show that to you tonight.

“And for the first time all of us together will actually see the true harmony in nature. This is what it’s about. This is what Jupiter and its moons look like. This is what our solar system looks like if you were to move out.

Here are some interesting facts about Jupiter, and its moons, from NASA: