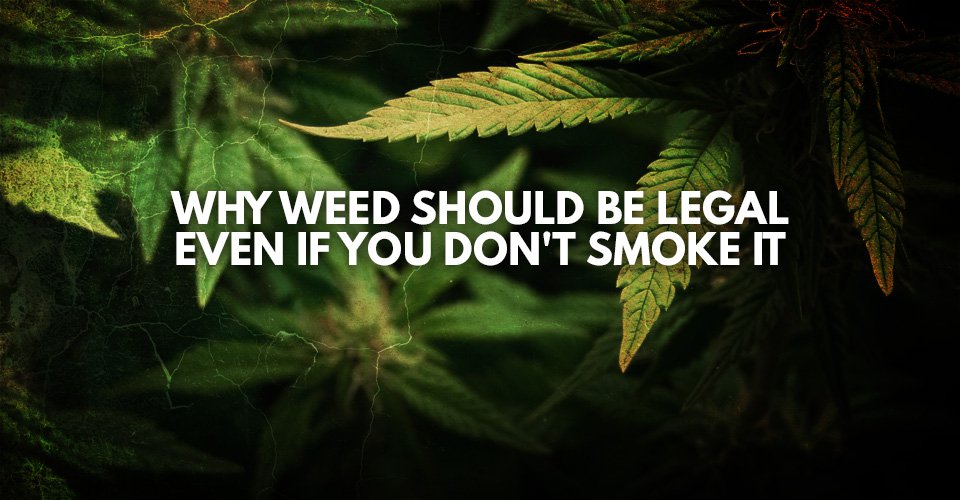 Hemp and marijuana are the same plant, but they differ in species. Yet, both are classified as a controlled substance. Why are they still illegal when both provide countless benefits to our health and our eco-system?

Well, it’s because an entire genus of plant was made illegal, thanks to the Marihuana Tax Act of 1937. When we take a moment to pause and seriously consider how cannabis prohibition started, we discover a lot of troubling information. There are several circumstances involved in this subject which makes one scratch their head, so I’ll give you the short version:

America started out with plentiful marijuana and hemp crops. Then, in the 1930’s, something changed. The hemp industry started booming. New discoveries were being made, and comparisons between hemp products and the newly-founded synthetic fiber and plastics industries caused unrest. Timber was making record profits, and hemp threatened that livelihood as well. In fact, Popular Mechanics wrote that hemp was a “billion dollar crop,” marking the first time a cash crop had a business potential to exceed a billion dollars.

Alcohol prohibition came and went, then Reefer Madness happened and the country was swept away in a sea of deceit. The Marihuana Tax Act of 1937 was drafted by Harry Anslinger, who stood before congress and said these words, “Marijuana is the most violence causing drug in the history of mankind.” “Most marijuana smokers are Negroes, Hispanics, Filipinos and entertainers. Their Satanic music, jazz and swing, result from marijuana usage. This marijuana causes white women to seek sexual relations with Negroes.” Okay, so now you understand the kind of mentality behind cannabis prohibition. What you may not know, is that the majority of the population at that time had no idea marijuana and hemp came from the same plant.; they didn’t know their beloved hemp and the “evil marijuana” were both essentially cannabis.

Skip ahead a few decades, and we come to Leary v. the United States– a case where Timothy Leary had the Marihuana Tax Act of 1937 overturned. “Leary challenged the act on the ground that the act required self-incrimination, which violated the Fifth Amendment. The unanimous opinion of the court declared the Marihuana Tax Act unconstitutional.” Then, in 1970, the Controlled Substances Act was singed into law by Richard Nixon…and nothing changed. Hemp was, and is still, classified as a controlled substance.  Marijuana is still illegal in most states, although 24 have passed laws allowing for medicinal use.

More than 30 countries already produce hemp as an agricultural commodity, and have found a way around the “legal/illegal” issue.  Maybe it’s because they are aware of the many benefits of hemp.

The cannabis plant gives us medicine, food, clothing, fuel, paper, construction materials, and so much more- it really is a miracle plant. Here are just a few of the benefits of using hemp:

Hemp, as you can see, is wonderful- in the truest sense of the word; and so is its cannabis counterpart,  marijuana.

Industrial hemp varies from marijuana in the fact that it contains 0.3% or less THC. Marijuana, on the other hand, can have a range of THC content 4% – 35%.

While marijuana has clearly gotten a bad rap in the past, it’s not bad, evil, or dangerous, and it doesn’t make you stupid. A study published in January of this year from University College London proved this to be true. Over 2200 participants were given an IQ test at the age of 8, then again at 15. No evidence was found to suggest a link between marijuana use and lowering ones IQ. In fact, the only connection made between losing intelligence and the use of a drug, was with alcohol.

Do you realize how incredibly ridiculous this is? You can purchase alcohol and tobacco at your local CVS pharmacy, but a plant that has been used for 8,000 years is illegal. Marijuana can cure people, yet tobacco kills over 6 million people each year- alcohol, 2.5 million. This is the real reefer madness, right here.

So let’s address a few issues that people are inevitably going to mention. First of all, legalizing marijuana isn’t going to cause the youth of the nation to start smoking it all over the place. Folks who are worried about teenagers smoking more pot have nothing to fear, according to a study published last June, in The Lancet. Deborah Hasin, Professor of Epidemiology at Columbia University Medical Center in New York, and lead researcher of the study said, “Our findings provide the strongest evidence to date that marijuana use by teenagers does not increase after a state legalizes medical marijuana.”

Secondly, legalizing marijuana will have enormous benefits on the economy. A study published by NORML expands upon several different reasons why this will be possible.

“We conclude that revenues from cannabis excise taxes might range from $2.2 to $6.4 billion per year. This is comparable to the revenues currently raised through the federal tax on alcohol ($8 billion) and cigarettes ($5 billion).” They’re not far off, if Colorado’s financial aspects are any indication of what’s to come. Colorado received more than $135 million in marijuana taxes and fees in 2015, of which $35 million will be spent on improving public schools. The study by NORML goes on to say, “In addition, legalization would create numerous revenue-generating spinoff industries, such as coffee houses, gardening equipment and paraphernalia. The city of Amsterdam, with a million people, boasts 300 coffee houses retailing cannabis. Translated to the U.S, this would amount to over 60,000 retailers and 100,000 jobs.”

Dale Geringer, the coordinater of NORML’s California branch, also believes that the amount of money states spend on prosecuting and housing drug offenders will be drastically reduced. “If legalization reduced current narcotics enforcement costs by one-third to one-fourth, it might save $6 – $9 billion per year.” That’s a huge amount of money being spent to arrest, and keep people in jail who smoke herb.

Lastly, actual criminals will suffer if marijuana is legalized. The most recent data from the U.S. Border Patrol shows that 2015 marked the lowest amount of seized marijuana along the southwest border in over a decade. Border agents confiscated nearly 1.5 million pounds of marijuana at the border, down from 4 million pounds in 2009. A marijuana grower in Mexico told NPR News, ” If the U.S. continues to legalize pot, they’ll run us into the ground.”

Although hemp and marijuana have different benefits, the cannabis plant, as a whole, can obviously be used for a number of purposes. So maybe it’s time to ease up on the legalities.

On January 8th of this year, a bill was introduced to congress which aims to reclassify hemp, and reintroduce it into certain parts of America’s farmland. The bill states it wants to “Amend[s] the Controlled Substances Act to exclude industrial hemp from the definition of “marihuana.” Define[s] “industrial hemp” to mean the plant Cannabis sativa L. and any part of such plant, whether growing or not, with a delta-nine tetrahydrocannabinol concentration of not more than 0.3 percent on a dry weight basis. Deem[s] Cannabis sativa L. to meet that concentration limit if a person grows or processes it for purposes of making industrial hemp in accordance with state law, unless the Attorney General determines that the state law is not reasonably calculated to comply with such definition.”

It’s a start, but we need to do more. As a society, as the people who live on this planet, it is our responsibility to protect our earth and our health. Cannabis can change the world…but we need to be an active part of that change.

Thanks to UniSoulTheory.com for this post and featured image