It’s a tragic sight that was captured on film when a young peregrine falcon got its talons tangled in a discarded face mask.

Photographer Steve Shipley travelled to North Yorkshire with the hope of spotting the young bird, which he believes is three or four weeks old, in its natural habitat.

Unfortunately, the ‘natural’ aspect of the scene was spoiled by the fact bird had its talons tangled around a disposable face mask; an item which has become commonly used by members of the public in the wake of the coronavirus outbreak.

Health officials are urging people to wear face masks to help prevent the spread of the disease, and coverings have now become mandatory in many public spaces. While some have opted to buy re-usable masks, others are relying on disposable ones, which can end up littering the environment if not thrown away properly.

Steve, 53, noticed the peregrine was carrying something when he spotted it, but it wasn’t until he looked back at the images he’d taken that he realised exactly what it was. 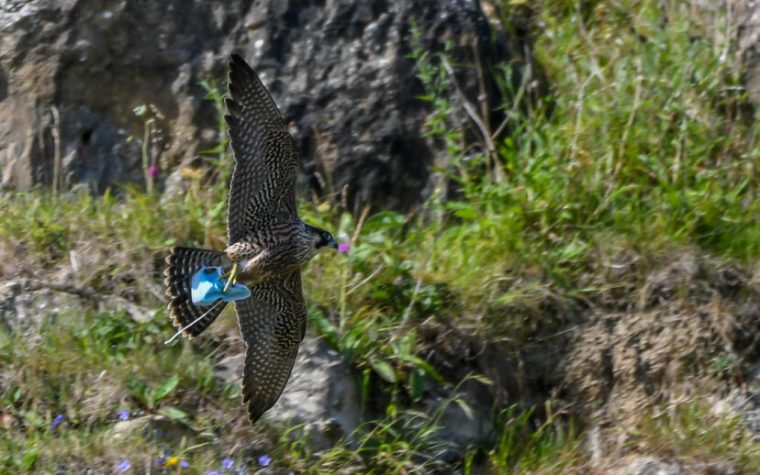 The photographer commented: “They are such beautiful birds. Initially I thought this one was carrying a plastic bag but then I spotted the blue colour and realised it was a face mask.”

The peregrine falcon flew with the mask for about 10 minutes, and Steve believes at one point it became entangled in the bird’s talons.

He commented: “The peregrine is one of the most protected birds in the country and this is one of the saddest things I have seen while I have been doing wildlife photography. 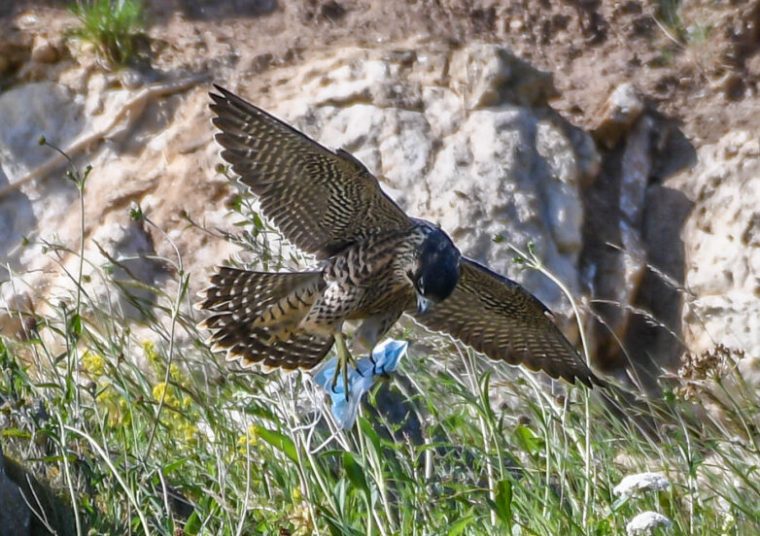 Why can’t people dispose of these masks properly? They are supposed to protect us but obviously not wildlife.”

The peregrine falcon is the fastest bird in the world, reaching 200mph during its hunting dive. They typically survive by eating medium-sized birds as well as small mammals like mice and squirrels – not face masks.

Coverings are likely to be part of our everyday lives for a long time, and we must dispose of them properly to ensure they don’t wreak havoc on the planet and harm wildlife.

As Steve pointed out: the masks are here to protect us, but it’s our job to protect the environment.