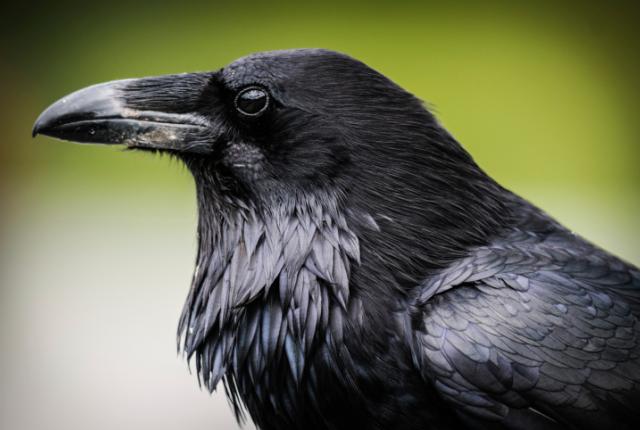 A UK study proved that ravens and crows are as smart as chimps, meaning intelligence has nothing to do with brain size.

Ravens, which are very similar to crows and are often confused with them, are a member of the corvid family that get little to no recognition for their intelligence.

Recent research conducted in the UK shows that ravens, despite having much smaller brains, can be as intelligent as chimpanzees.

Chimpanzees have long been heralded for their mental abilities and similarities to humans thanks to Jane Goodall and the research she did on them over 50 years ago. In her studies, she was able to show that chimps could learn language, make tools, and express altruism.

A 2014 Duke University study surrounding primates and their intelligence involved testing their ability to strategize and it was concluded that the powerful problem-solving skills could be attributed to the chimps’ large brain size.

After the UK study on ravens, this has proven to be a false assumption of brain function in relation to size since ravens have significantly smaller brains. Instead, intelligence is more accurately determined by neuronal density and brain structure.

Crows and ravens have nearly 100% the same problem-solving capabilities, according to the UK study, that extends from the domestic to the wild members.

For example, crows and ravens will drop closed nuts onto vehicles from high wires and clams onto rocks in an effort to get them open. One North American crow, “Clark’s nutcracker,” collected 3,000 seeds in November and distributed them over a 200 mile area. In the following eight months, he was able to recall the locations and retrieve 90% of them, despite deep snow and other weather conditions.

Ravens and crows have developed distinct “caws” to alert each other when humans, animals, other neighbors, and themselves are on their way and domestic ravens often have better language skills than parrots.

The use of tools has typically been seen as an indicator of being highly intelligent and advanced, and members of the corvid family often make, use, and transport tools. The birds fashion the tools using their beaks and claws to create things like hooks made from twigs and combs.

Members of the corvid family are not given nearly enough credit for their cleverness and ability to strategize, making them a secret force to be reckoned with in the animal kingdom.

This article (Scientists Studied Ravens-You’ll Never Guess What Their IQ Is) is free and open source. You have permission to republish this article under a Creative Commons license with attribution to the author and TrueActivist.com.

Thanks to True Activist for this post | Featured image source