Adding to the list of strange apocalyptic occurrences of 2020, we now have rivers running red.

The Siberian city of Norilsk, in Russia, and its surrounding area, encountered a surprising phenomenon this week after a fuel tank at a power plant leaked 20,000 tons of oil into rivers, turning it bright red.

During a televised video conference, Putin lambasted the head of the Norilsk Nickel subsidiary that runs the power plant, NTEK, after officials said it failed to report the incident. 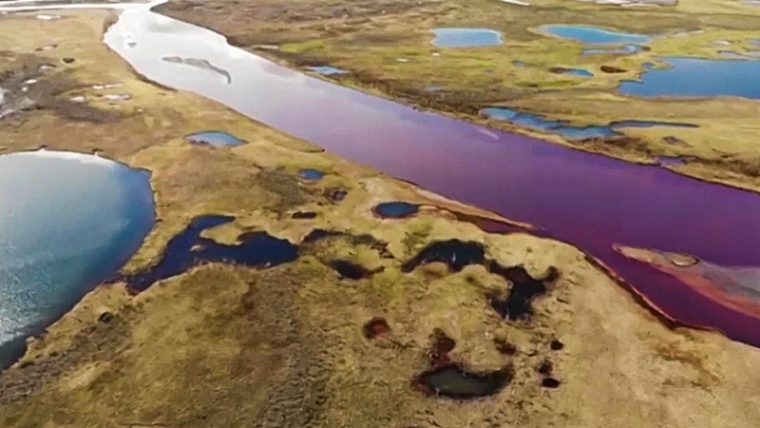 Nornickel, one of the world’s biggest metals producers, was criticised by President Putin over alleged delays in reporting one of the worst spill accidents in Russian history at its Siberian power plant on Friday.

“Why did government agencies only find out about this two days after the fact? Are we going to learn about emergency situations from social media? Are you quite healthy there?” Putin asked NTEK chief Sergei Lipin in an unusually stern dressing-down.

Nornickel said the spill near Norilsk, 1,800 miles northeast of Moscow and 190 miles above the Arctic circle, was caused by the “a sudden sinking of supports of the storage tank”. It blamed very warm weather for thawing permafrost on which it was built. The Arctic had record temperatures of 25C in May.

Striking images of two rivers, the Ambarnaya and Daldykan, taken from above look like they belong in the book of Revelations. Instead of clear water running between their banks, you see murky-red fingers of water swooshing through. 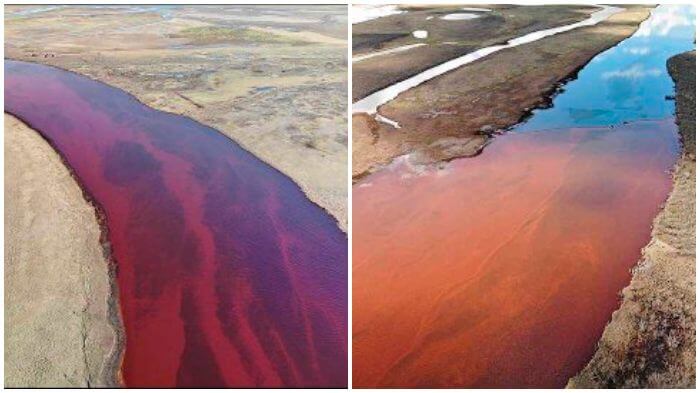 The visions of these rivers are so bright that they’re visible from satellite images taken by Russia’s version of Google Maps, Yandex Maps.

The World Wildlife Fund (WWF), which has been helping on the matter, said that on Wednesday that workers had now managed to stop any more oil from leaking into the rivers using barriers. However, as Aleksey Knizhnikov, WWF Russia’s director for environmentally responsible business, explained in a post that the most toxic components of diesel fuel dissolve easily in water, so barriers wouldn’t be enough to stop the huge environmental impact this spill will have. 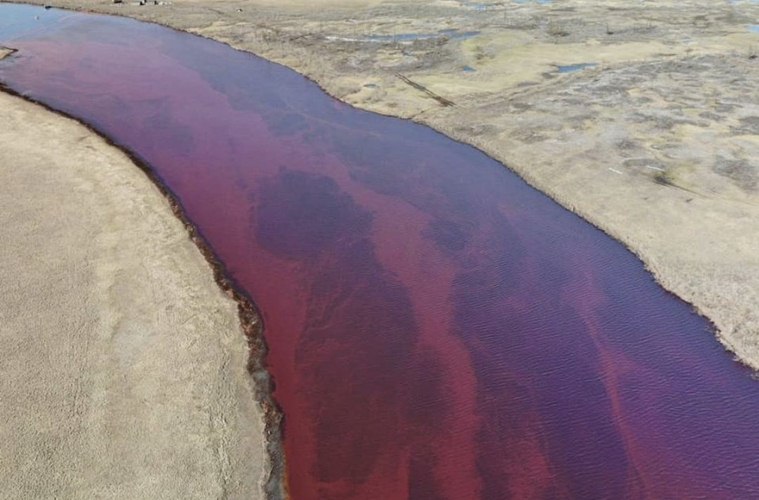 A hundred tons of fuel have already been removed from the area, and 100 extra emergency workers will be arriving in the region on Thursday to further assist the clean up operations.

Environment Minister Dmitry Kobylkin said only the emergencies ministry could handle the cleanup, “maybe with the involvement of the military”.

He said that burning the fuel, which some are suggesting, was too risky.

“It’s a very difficult situation. I can’t imagine burning so much fuel in an Arctic territory… Such a huge bonfire over such an area will be a big problem.”

The Ambarnaya river that bore the brunt of the spill will be difficult to clean up because it is too shallow to use barges and the remote location has no roads, officials told Putin.

Norilsk Nickel said the fuel tank was damaged when supporting pillars that had “held it in place for 30 years without difficulty” began to sink. 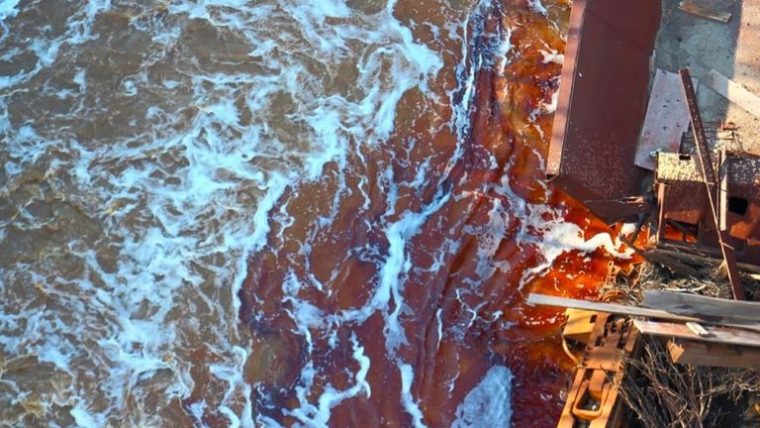 Norilsk is constructed on permafrost and its infrastructure is threatened by melting ice caused by climate change.