These massive hornets are over 2 inches long, and can be deadly to humans.

They have become known as the “Murder” hornets and can be up to two inches long and can slaughter a hive of bees in a matter of hours.

The Vespa Mandarinia, also known as the Asian giant hornet, is as nasty as it looks. Just ask beekeeper Ted McFall what happened to his beehive near Blaine, Washington.

In November 2019, he discovered a strong colony had been decimated – bees littered the ground, and were wiped out inside the hive.

“As I looked a little bit closer I noticed they had their heads chopped off, and had been totally slaughtered,” he said.

A month later, he would learn the Asian giant hornet had been sighted in nearby Blaine, marking first ever sighting of the deadly invader in the U.S.

“That’s when the light went on and I realized… that solved the mystery of what could have happened,” McFall said.

Since then, the Washington Department of Agriculture has confirmed four sightings of the world’s largest wasp in both Blaine and Bellingham. Canada discovered it on Vancouver Island last year. There have been unconfirmed sightings all the way down into Portland. 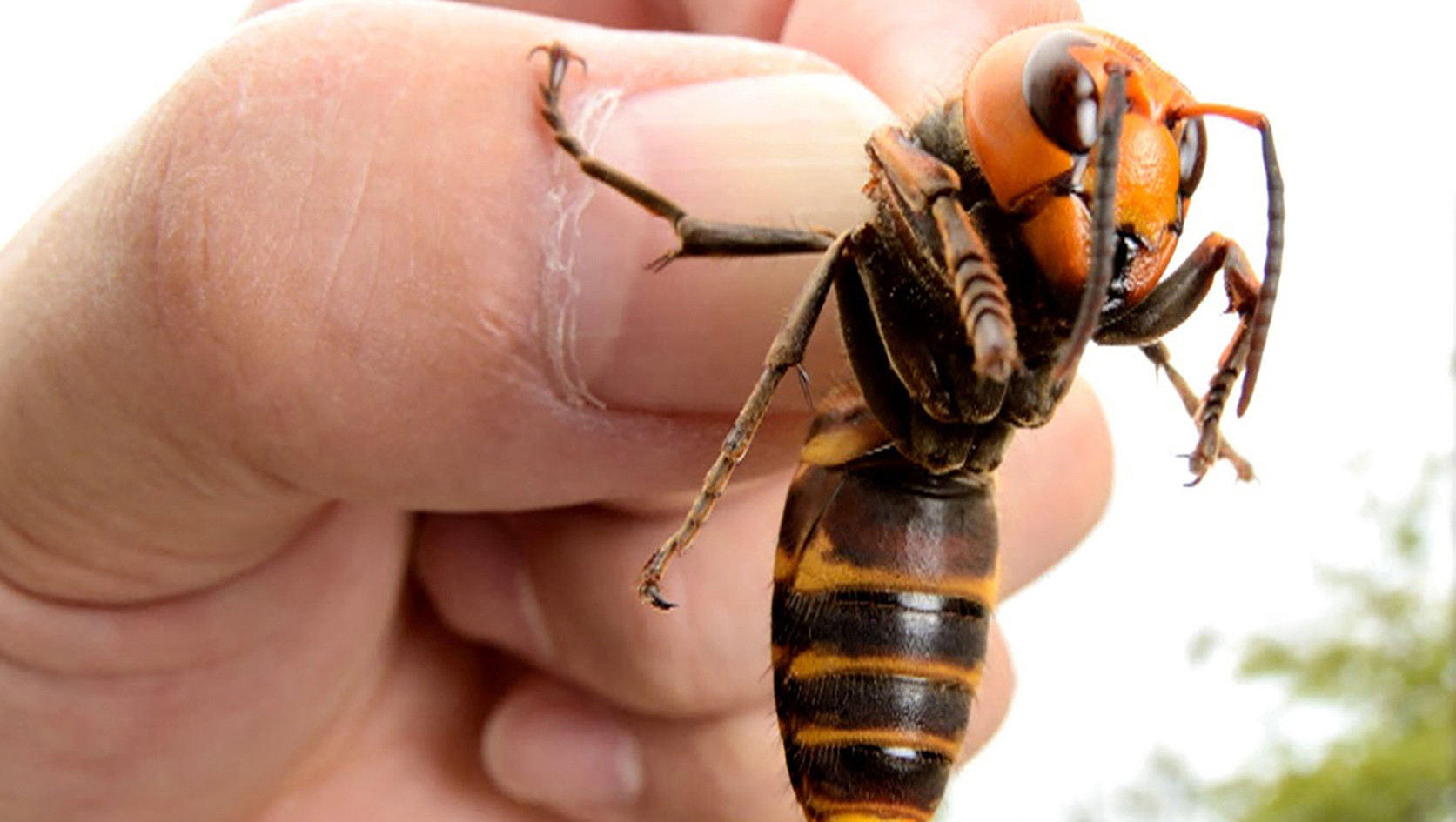 The giant Asian insect, with a sting that could be fatal to some people, is just now starting to emerge from winter hibernation.

“They’re like something out of a monster cartoon with this huge yellow-orange face,” said Susan Cobey, a bee breeder at Washington State University.

The hornet can sting through most beekeeper suits, deliver nearly seven times the amount of venom as a honey bee, and sting multiple times, the department said, adding that it ordered special reinforced suits from China. 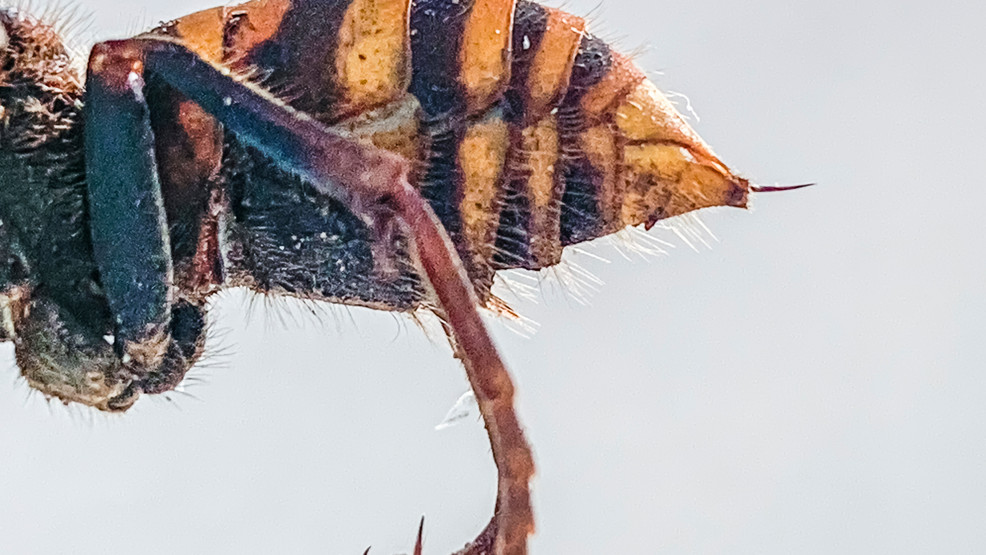 The university said it isn’t known how or where the hornets arrived in North America. It normally lives in the forests and low mountains of eastern and southeast Asia and feeds on large insects, including wasps and bees. It was dubbed the “Murder Hornet” in Japan, where it is known to kill people.

The hornet’s life cycle begins in April, when queens emerge from hibernation, feed on plant sap and fruit, and look for underground dens to build their nests. Hornets are most destructive in the late summer and early fall. Like a marauding army, they attack honey bee hives, killing adult bees and devouring larvae and pupae, WSU said.

Their stings are big and painful, with a potent neurotoxin. Multiple stings can kill humans, even if they are not allergic, the university said.

The hornets can wipe out an entire honeybee colony in a short period of time.

“Once they latch on to a colony, it’s pretty much dead,” said Spichiger, who is the managing entomologist for the pest program at the state’s Department of Agriculture. “Six Asian giant hornets can take out 30,000 honeybees in an otherwise healthy hive.” 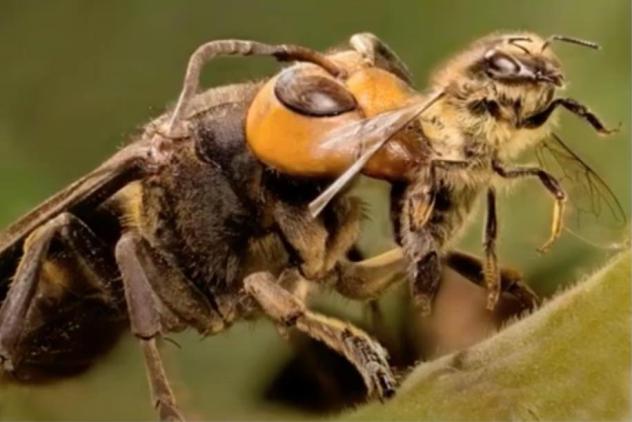 The Washington Department of Agriculture is aggressively tracking sightings of the Asian giant hornet. If you believe you’ve encountered one, there is a form to report it here.

Spichiger added if you encounter an Asian giant hornet, keep your distance. And if you’re stung, seek medical attention as a precaution.