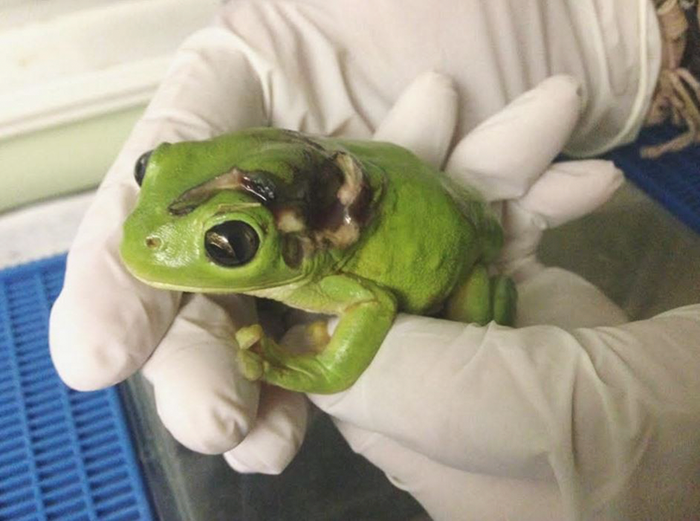 By  Julija Televičiūtė
No one would be thrilled to run over a frog while mowing a lawn but how many of us would actually fly the poor thing 1,000 kilometers to hospital? Min Tims from Queensland, Australia did.

The woman accidentally injured a green tree frog’s head with her lawnmower and was so overwhelmed with guilt (these frogs are getting increasingly rare in their native Australia) that she decided to fly the frog to an animal hospital called Frog Safe. The outlook did not seem promising: “The wound itself was… infected and the tissues above where the blade had skimmed over the shoulder bone were necrotic,” Frog Safe president Deborah Pergolotti told The Dodo.

Luckily, after several days of intensive care, the frog got much better. While some people may doubt if such a tiny creature was worth all the trouble, Pergolotti has a perfect answer: “Compassion and empathy for all is what the future of this planet is dependent upon,” she said. “If people can nonchalantly turn away from someone who needs help — including small animals — then we as a species may not deserve to be helped ourselves.” The frog’s head was badly cut so she flew it 1,000 km to an animal hospital to get help After several days of intensive care, the frog got much better and will be released back to the wild once fully recovered