Thanksgiving is extra special this year, and these firefighters in Australia are dancing they are so thankful.

Australia has suffered a devastating early bushfire season with fires across several states burning through hundreds of thousands of hectares and destroying hundreds of properties with the loss of six lives.

New South Wales has been the most severely hit, with more than 1.65m hectares razed, an area significantly larger than suburban Sydney. All six deaths occurred in there and more than 600 homes were destroyed. At one point firefighters were battling a fire front about 6,000km long, equivalent to a return trip between Sydney and Perth.

Animals have lost their homes, and their lives, with koalas at the forefront of the devastation.

Firefighters in New South Wales, Australia, are shown jumping from joy after rainfall finally hits the area in a video uploaded by a local fire brigade which has since gone viral.

The area, which has been ravaged with wildfires since September, has finally seen some rainfal this week, which is expected to aid firefighters in containing the existing fires. 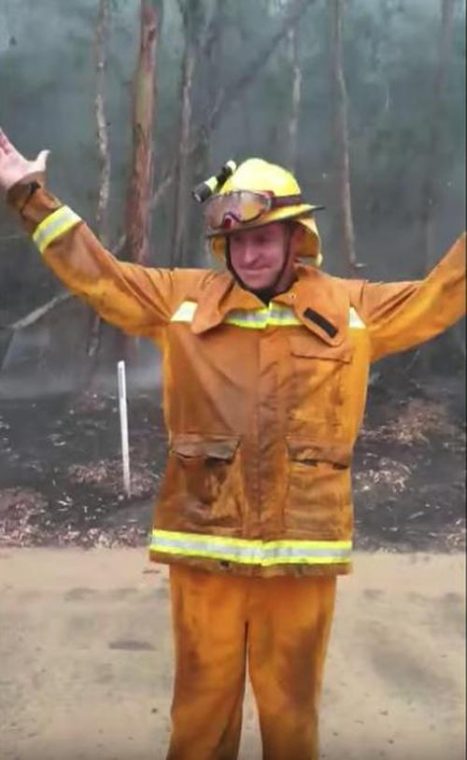 Some relief has come to the area, however, with rain falling across the region this week. Members of the local fire brigade were so overjoyed with the sight of rain that they started jumping around.

A video of the firefighters celebrating the rain pour was posted by the Leongatha Fire Brigade official Facebook Page this Monday and has since gone viral with over 600,000 views since its upload. 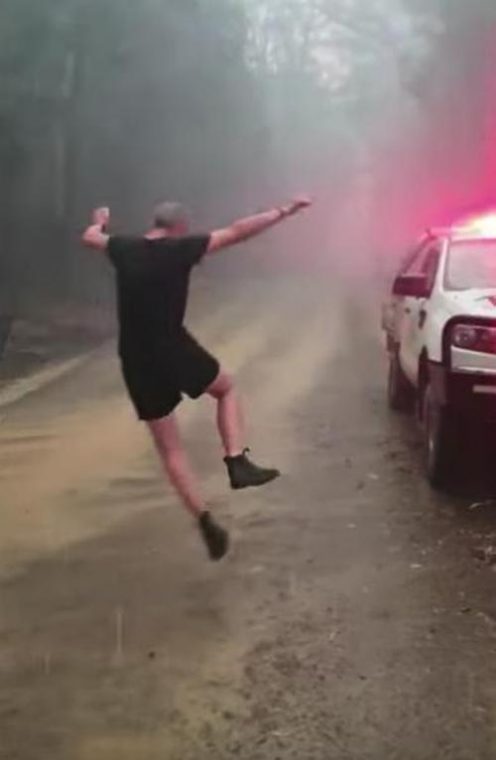 “A little over 24 hours ago our crew helping our neighbors in NSW were blessed by some desperately needed rain and made a short video highlighting the locals delight at a view that’s not been seen in such a long time,” the video was captioned.

“I’m crying with the happiest tears to see this. You guys and gals have fought an exhausting battle. What a relief… my heart is so happy seeing this,” one person commented. 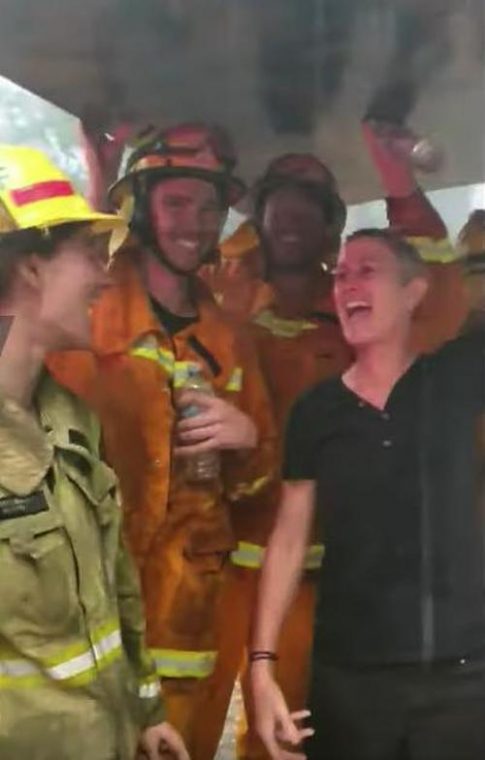 “There is no doubt about the Aussie spirit, helping each other out. Makes me very proud of the Victorian crews that have gone up north to help their fellow emergency services… stay safe and come home soon,” wrote another.

A number of New Zealanders took to the comments to send well wishes to those across the ditch.

“Let’s hope it keeps on for a while, you all certainly deserve and need it, kind thoughts from NZ,” said one.

The Leongatha Fire Brigade shared the touching video of their volunteer crew laughing and dancing gleefully with locals in Rolland Plains, around 40 kilometres from Port Macquarie, as they huddled for shelter.

The firefighters travelled from Victoria’s South Gippsland Shire to join the battle against the blazes burning through NSW. The brigade also acknowledged the locals’ help cooking meals for firefighters and residents forced from their homes.