A study into the differences in maturity between genders revealed both men and women agree men remain ‘immature’ well into their late 30s and early 40s.

Many of us have heard people say that men, even in adulthood, continue to behave like children. Some also believe that when it comes to couples, it’s women who bring maturity to the relationship.

So scientists decided to confirm if this widespread belief was true, and this is what they discovered.

In a study at the University of Oxford, researchers studied the differences in maturity and development between men and women. They then compared the results and were able to draw conclusions about the possible differences.

The study offers a scientific explanation behind the common notion that men take longer to “act their age” than women do. According to the study, it’s rooted in the fact that the female brain establishes connections and “prunes” itself faster than the male brain.

“It seems that the process starts a few years after birth and continues to occur until around 40 years old,” co-author Sol Lim, a graduate student at Newcastle University in the United Kingdom, told Mic.

She explained that the human brain undergoes major changes anatomically and functionally as we age, and these changes make the connections in our brain more efficient. Notably, Lim’s research found that this process tends to happen at an earlier age for women than men, which may explain why some women seem to mature faster than men. 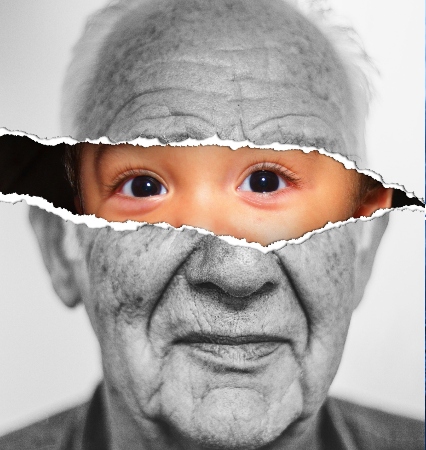 The study aimed to discover which functions change during the maturation process and which remain constant. Researchers examined the brains of 121 participants aged 4 to 40 years through MRIs. Tracking the differences while taking into account the gender and age of the participants.

The result showed that although the brains of both women and men ultimately have the same potential to function in everyday life, men often exhibit some delay in the long-term development of functional networks compared to women.

It can continue for up to about 40 years.

At birth, men and women have about the same number of brain fibers. These fibers create a network that helps us to learn and develop. As we get older, the brain finds a faster way to communicate messages from one region to another. Think of it like having a face-to-face conversation with someone instead of shouting to them across a loud and crowded room. Instead of potentially losing your message in a noisy room, your message is more likely to be received correctly, in a more direct message. When the amount of fibers gets streamlined, they are relaying more focused information directly to the region of the brain they need to target.

This process seems to occur earlier in females than in males and could explain why cognitively, women tend to be ahead of the curve in terms of maturity. The brains of females are further along in the reorganization process and, for at least a few years, may be working more efficiently than a male’s.

What do you think of this study and the information provided?