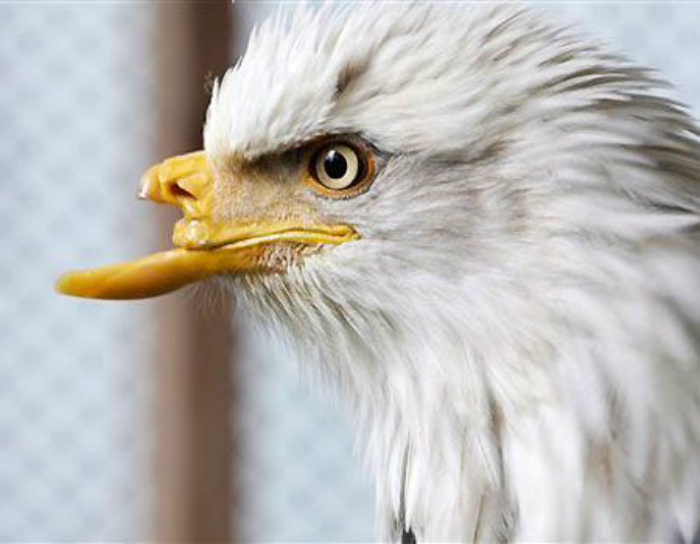 Since 1782 the bald eagle has been the national emblem of the United States, chosen by the Continental Congress, and it remains to be an honoured symbol today. The bald eagle has had a treacherous path going from an endangered species to their current status. In Alaska alone, between 1917 to 1953, more than 100,000 bald eagles were killed. And there were only 487 nesting pairs remaining in 1963. There have been many reasons these beautiful creatures had their numbers dwindle. For example, when the United States introduced DDT (dichloro-diphenyl-trichloroethane) as an insecticide to control malaria (1940 – 1950), the bald eagle population was severely affected. The DDT altered the calcium metabolism of the females which prevented the shells from hardening. Then there was electrocution risks from power lines prior to 1970. After that time, utility companies designed poles to prevent electrocutions and have been abiding by “raptor-safe” construction standards. Also, there were (and remain to be) hunters who enjoy the sport of killing these majestic birds.
Over 65 years of work has gone into helping these glorious beings remain a part of our world.
In 1940, legislation was passed by Congress called the Bald Eagle Protection Act. This act made it illegal to sell, kill, or possess the species. Then in 1962, the act was amended to include protection of the birds’ feathers, eggs, and their nesting trees. DDT was banned in the United States in 1972, and the Patuxent Wildlife Research Center in Maryland started breeding bald eagles in captivity to help increase their numbers. 1995 marked the year bald eagles’ category changed from “endangered” and  they were placed on the list of “threatened” species. Finally, in 2007, the bald eagle was clear of all statuses and its population was significant enough to be fully removed from the Fish and Wildlife Services list of endangered and threatened animals.

Even with all of this history, there are still bald eagles who have difficulty surviving. One such case is of Beauty, a bald eagle native to Alaska. At the age of six years old, Beauty went through something horrific; a hunter shot her in the face and the upper part of her beak was destroyed. She was unable to clean herself or eat. A medic at Birds of Prey Northwest, Jane Cantwell, nursed Beauty back to health, but that wasn’t enough to ensure that she could survive. Cantwell began seeking advice from experts in her field but was told countless times that nothing could be done and her best option was to euthanize Beauty. That answer just wasn’t acceptable.

While teaching a seminar in Idaho, Cantwell met an audience member named Nate Calvin. Calvin, the founder of Kinetic Engineering Group, thought he might just have an answer to Beauty’s problem. Teamed with engineers, wildlife experts, and even a dentist, they constructed something remarkable. They worked together to create a replica of what Beauty’s beak should look like and took X-Rays of her head.

A 3-D printed prosthetic beak was made to replicate the real thing. And it worked. Beauty is now able to live like a normal eagle once more. She can preen herself, drink water, and eat- all things she couldn’t do after her life-altering injury.

You can watch Beauty get her prosthetic beak here:

Beauty and the Beak from Keith Bubach – Trooper Media on Vimeo.