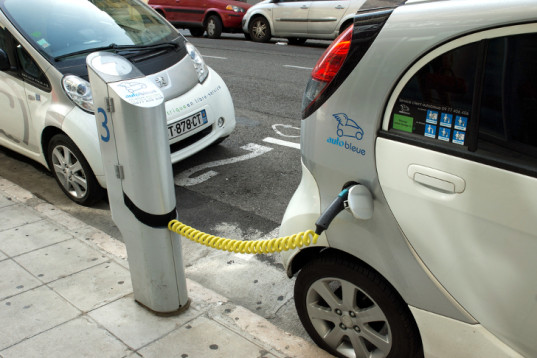 France is going forward with a new initiative that will give its citizens a big incentive to upgrade their diesel vehicles to electric ones. Called the “conversion premium” by the French government, a bonus is available to any individual in the country who decides to go ahead with the plan which says that if you have a diesel engine car, aged 13 years or more, you can turn it in for an upgrade to either a fully electric car or a plug-in hybrid. If you select a fully electric car, you will receive approximately $11,321.000 USD, and if you choose a plug-in hybrid you will receive approximately $7,358 USD. On top of that, if the vehicle chosen meets the Euro 6 specifications and emits less than 110g CO2/km, there is an additional $565 USD for non-taxable households.

There are some who are saying that only taking the older diesel vehicles off the roads isn’t going to have a large enough impact on the environment to make a difference. Well it turns out that is not the case at all. Removing a greater percentage of diesel exhaust from the breathable air will not only vastly improve the  air quality, but it will also lessen the risk of cancer. The World Health Organization produced studies for the United Nations, who stated that “exhaust from diesel engines causes lung cancer, and has a positive association with an increased risk of bladder cancer.”  Chairman of the IARC working Group, Dr Christopher Portier, said that “The scientific evidence was compelling and the Working Group’s conclusion was unanimous: diesel engine exhaust causes lung cancer in humans.” Dr Portier added, “Given the additional health impacts from diesel particulates, exposure to this mixture of chemicals should be reduced worldwide.”

The extensive use of diesel fuel in France has been seen as a contributing factor to the unhealthy levels of air pollution. Approximately 60% of the vehicles are diesel-powered, and in 2011, over 70% of car sales had diesel engines. With diesel fuel being such a large part of the country’s economic structure, due to a powerful corporate diesel lobby, the beneficial change France is trying to make may take some time to gain favour.

Besides this new incentive created by Ségolène Royal, who is now Minister of Ecology, Sustainable Development and Energy, the French government and transport ministry has also given citizens the option to bike to work and receive compensation rather than drive. The bike-to-work program has been in place for over a year and has seen the percentage of commuters via bicycle climb from 2.4% in 2014, to 6.1% in 2015.

Image source
Hopefully these changes France is making will be noticed by other countries and we can start seeing a difference on a global scale.
Written by Raven Fon