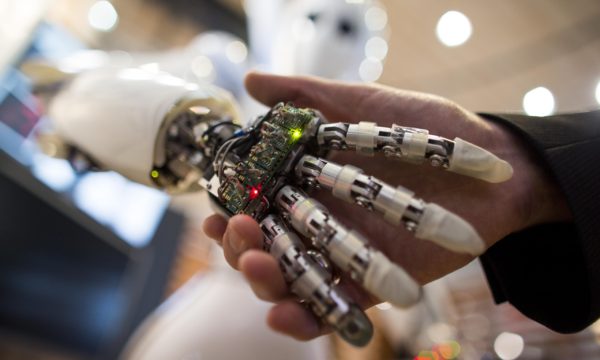 Along with the thousands of new law school graduates, the legal world is also welcoming a unique member to the community: Ross, the first artificially intelligent attorney to land a gig with a real law firm. According to a report by Futurism, the firm Baker & Hostetler hired AI Ross to work in their bankruptcy practice, which currently employees nearly 50 lawyers.

Ross was built on IBM’s cognitive computer Watson with the intent of reducing the costs and time associated with the legal research process. Not only does Ross read and understand human language, it can also formulate a hypothesis when asked a question and conduct its own research. Ross is capable of understanding questions asked in natural language and then mines through thousands of search results to provide an instant answer, backed by citations and references. Ross also monitors developments in the law pertaining to the case at hand and provides relevant readings and updates to stay at the forefront of the research. Like other types of AI, Ross continues to learn the more it is used. Baker & Hostetler chief information officer Bob Craig explained: “At BakerHostetler, we believe that emerging technologies like cognitive computing and other forms of machine learning can help enhance the services we deliver to our clients.” According to CEO and co-founder of ROSS Intelligence Andrew Arruda, other law firms have also signed licenses with Ross and will be making announcements shortly.

While Ross will no doubt provide benefits to the legal world by completing tasks that would take humans significantly longer, the introduction of this advanced technology into unprecedented fields is also raising some eyebrows. The use of AI in the workforce begs the question of which jobs will be next to fall into the grips of technology, replacing human workers for cheaper and faster machine labor. AI Ross ushers in a new era of technological advancements and it seems that the one thing people can agree upon is that the scope of AI’s implications is not fully understood at this point.

Thanks to GOOD Magazine for this post | Featured image source