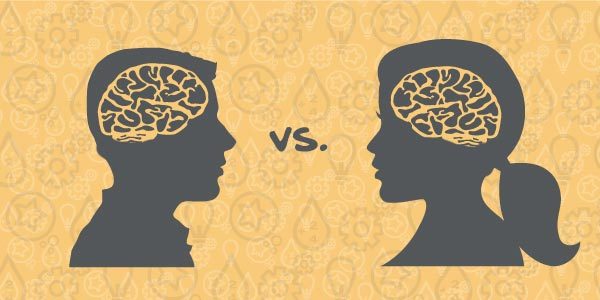 A recent study proves that “all male” and “all female” brains are rare and that most people are in the middle.

Awareness about gender fluidity has been increasing in recent years as sexuality and identity are being questioned and the current wave of feminism challenges traditional gender roles and the supposed abilities of each sex.

A recent study published in the Proceedings of the National Academy of Sciences further challenged the assumed differences between the sexes by studying the brains of 1,400 males and females to determine if there really are distinct differences.

In a nutshell, the study:

“provides biological support for something that we’ve known for some time—that gender isn’t binary.”

In the past, dozens of studies have looked at male and female brains and found several characteristics that were an indicator that the person was absolutely one sex or the other.

For example a study conducted by Israeli researchers found differences in the developing fetus as early as 26 weeks into the pregnancy by using an ultrasound scanner. They found that the corpus callosum— the bridge of nerve tissue that connects the hemispheres of the brain—was thicker in female fetuses than males. Adult brain scans in other studies have shown that this bridge remains thicker in females even as adults.

However, new research shows that most people tend to have a mix of both male and female features and that the rigid gender classifications in the past based on brain characteristics are meaningless.

Researchers studied 1,400 MRI images of different people from the ages of 13 to 85 and examined the size of different brain regions, as well as the connections between them. It’s the first study to search for sex differences across the entire human brain.

After finding that 29 regions in the brain had some differences, only 0 to 8 percent of the people were determined to have “all male” or “all female” brains. Daphna Joel, a psychologist at Tel-Aviv University involved in the study, said: “Most people are in the middle.”

In fact, up to 53% showed a total mix of supposedly male and female characteristics. The study proves that previous notions of huge differences in the minds of the sexes have been wrong in asserting that these are absolute.

Bruce McEwen at the Rockefeller University, who reviewed and edited the study, told New Scientist:

“We are beginning to realize the complexity of what we have traditionally understood to be ‘male’ and ‘female’, and this study is the first step in that direction. I think it will change peoples’ minds.”

Thanks to True Activist for this post | featured image source