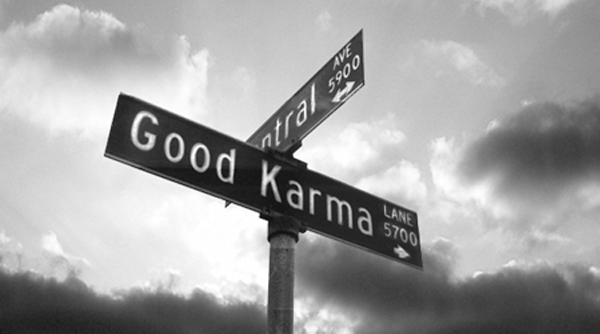 People who believe in karma respond favorably to being asked to donate time to a charitable cause, but can be discouraged from donating if they perceive the motivation to be selfish.

When you’re paid to sell things, it doesn’t hurt to be able to stretch the truth or prey on people’s emotions once in a while. Most advertisers probably don’t spend too much time thinking about karma, then, but perhaps they should—at least if they want to get better at their jobs.

A new study by researchers from the University of California, Riverside and the University of Louisville has examined how consumers’ beliefs about karma influence their responses to charitable appeals in advertising. The findings show that people who believe in karma, despite seeing the positive benefits of doing good deeds, do not always respond favorably. The results suggest advertisers and marketers should consider customers’ karmic beliefs when seeking to incentivize pro-social behaviors.

Forthcoming in the Journal of Consumer Research, the study, “In Pursuit of Good Karma: When Charitable Appeals to Do Right Go Wrong,” was authored by Katina Kulow, an assistant professor of marketing at the University of Louisville. She completed the research as a graduate student under the direction of Thomas Kramer, associate professor of marketing at UCR’s School of Business Administration.

Although karma, the belief that the universe bestows rewards for doing right and exacts punishments for doing wrong, is largely an Eastern philosophy, there are numerous examples of the notion in Western culture as well, much in line with the sayings “you reap what you sow” and “what goes around comes around.”

As a naturalistic principle, karma shares properties with other irrational beliefs, such as superstition and fate, which help explain life events or occurrences that are otherwise difficult to understand. Most Americans are unlikely to admit they are irrational, but a growing body of research shows otherwise, raising previously unanswered questions about the effects of karma on consumer behaviors.

In a series of experiments done both in person and online, the researchers examined how consumers’ belief in karma affected pro-social behaviors—in this case donating either their time or money to a charitable cause. It would seem likely that people who believe in karma, as compared to those who do not, should be more influenced by charitable appeals to engage in acts of kindness, which would in turn stand them in good stead for karmic rewards.

The results from the study showed the situation is more complex. When asked to donate their time to help other people, those who believe in karma responded more favorably than those who do not. However, the favorable response was lost when the focus of the charitable appeal was shifted from a benefit to others to a benefit to one’s self, indicating that people with karmic beliefs can be discouraged from donating if they perceive the motivation to be selfish.

“These results challenge a common myth among marketers that consumers can be prompted to engage in charitable behaviors if they themselves benefit for doing the good deed, such as receiving awards or prizes. In essence, this commonly used marketing tool may not be effective in people with strong karmic beliefs,” Kramer said.

When asked to donate money, there were no differences in responses among people who believed in karma and those who did not, even when the focus of the charitable appeal was on helping others. Kramer said the finding was interesting, because it could be argued that donating money helps people in need, and therefore should be rewarded with good karma in a similar way to a donation of time.

“This may be because monetary donations do not represent the same level of personal effort and sacrifice as time donations, which interferes with the consumer’s ability to make the social connections that would make them deserving of good karma” Kramer said.

Kramer said professionals in non-profit marketing, as well as companies that form partnerships with charities for marketing purposes, should consider these findings as they develop campaigns that aim to incentivize pro-social behaviors.

“Ultimately, the likelihood that people with karmic beliefs will respond positively to a charitable appeal rests on whether they perceive the action as something that they can be legitimately rewarded for,” he said.

Thanks to Phys.org for this post | Featured image source