Move over Arnold Schwarzenegger and “Saturday Night Live’s” Hans and Franz – this monkey wants to “pump you up.”

The white-faced saki is known for its muscular build, spending much of its life swinging from tree to tree.

Males tend to be more active than females and unlike many other species in the animal kingdom, are also slightly larger than their female counterparts. They are native to South America and can be found in countries such as Brazil, French Guiana, Guyana, Suriname and Venezuela, according to the New England Primate Conservancy.

Despite their name, only males have white faces, whereas females “are more drab colored, with short fur covering their bodies in gray, brown and red,” the nonprofit said on its website. 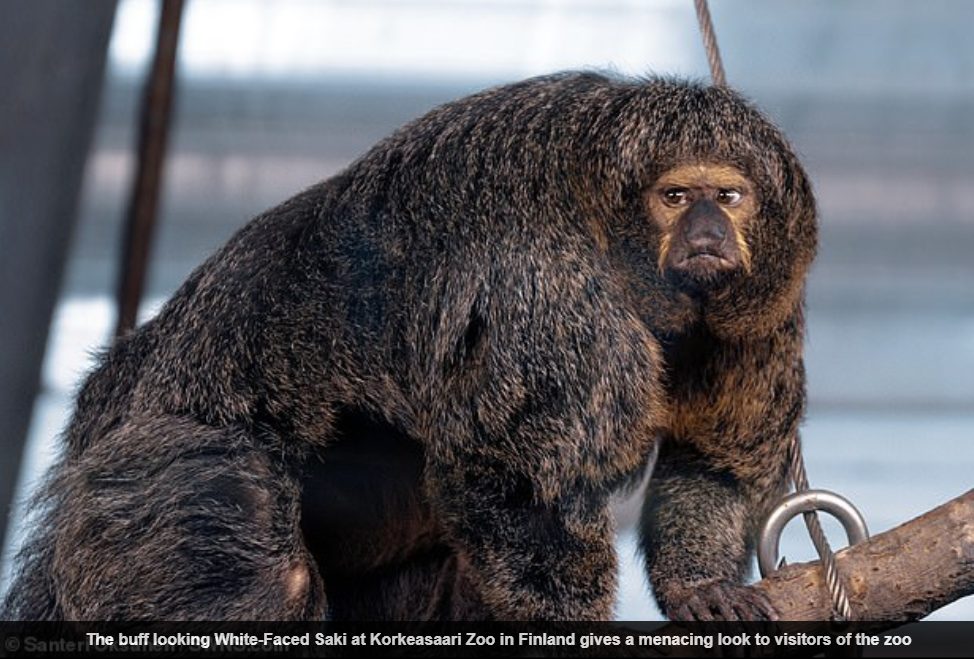 ‘The other monkeys were very small in comparison, they all looked a bit scared of her.

A Finnish photographer snapped this remarkable image of a muscular monkey while visiting the Korkeasaari Zoo in Helsinki.

Thirty-four-year-old Santeri Oksanen said he couldn’t believe his eyes when looking at the powerful primate. “I couldn’t believe the huge muscles that the monkey had,” Oksanen said in comments obtained by SWNS. “The other monkeys were very small in comparison, they all looked a bit scared of her.”

Oksanen continued: “The pictures make it look like it’s competing in a bodybuilding contest.” 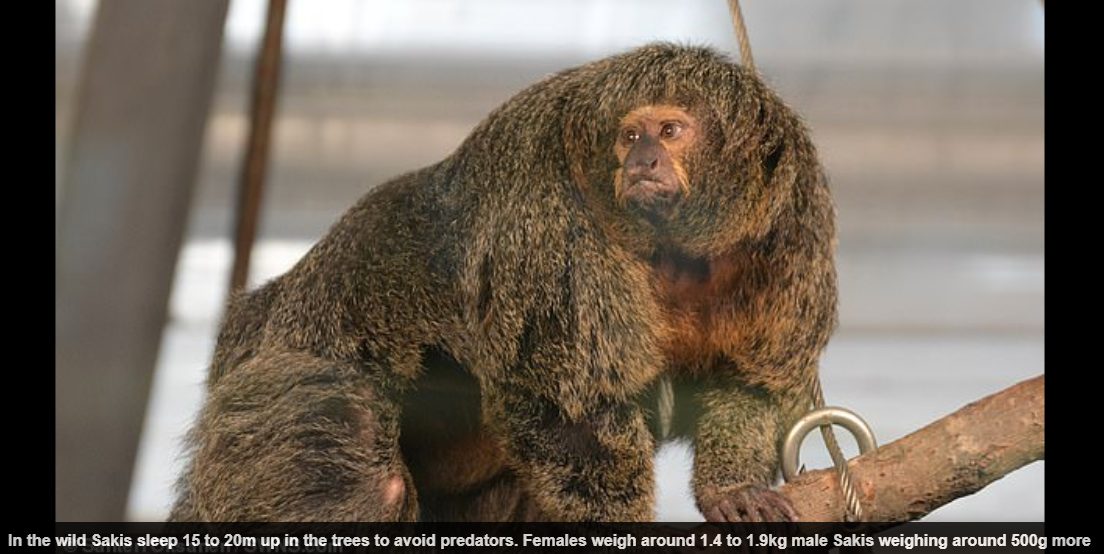 ‘The pictures make it look like it’s competing in a body building contest.’

This species of monkey live almost entirely in trees and seldom come to the ground – meaning they must have strong muscles to move around.

The burly beast is native to South America and Santeri believed she might be one of the dominating mothers of the troop.

They can be found in Brazil, French Guiana, Guyana, Suriname and Venezuela. This species lives in the understory and lower canopy of the forest, feeding mostly on fruits, nuts, seeds, and insects.

Although they are arboreal creatures and are specialists of swinging from tree to tree (brachiation), they are also terrestrial when foraging. White-faced sakis typically live around 14 years in their natural habitat and have been recorded to live up to 36 years in captivity. Sakis are active in the day and sleep highly elevated (15-20m) in trees with many leaves to shelter them from weather and flying predators.