An adorable Labrador has been spotted lying outside a hospital in Argentina, patiently waiting for his owner to return, completely unaware that he has passed away.

Cute photos show the six-year-old lab, named Toto, keeping vigil outside the Pablo Soria Hospital in the city of San Salvador de Jujuy, where he has been for a week.

According to local media Toto’s owner had asked for the dog to be brought to the hospital so he could have a chance to say goodbye to his beloved pet.

Sadly, the unnamed owner passed while in hospital and none of his relatives who took the dog with them when they left, meaning the pooch remains lying at the hospital door. 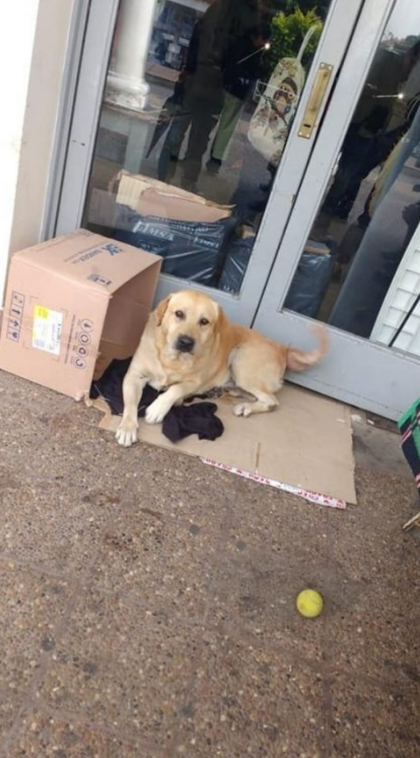 Fatima Rodriguez, who works at a local animal protection organisation, told local reporters they are now attempting to find a new owner for Toto, but has warned that anyone wishing to adopt the little cutie should have a ‘closed house’, as there’s a chance the dog will escape and try and make his way back to the hospital to see his owner. Humans really don’t deserve dogs, do we?

A vet has been out to see the dog and said poor Toto will need surgery on his paw, the vet has also recommended the dog be neutered.

Toto is reportedly a very good boy and is well-behaved and welcoming to visitors to the hospital, allowing people to stroke him and make a fuss.

One local resident, who is helping to look after Toto, said: “He seems to believe his owner is going to come out someday to take him home.”

On Monday, Humane Society of Midland County in Michigan shared a heart-breaking post about a cute pit-bull mix named Blue who was brought into their centre after being separated from her family.. A quick scan revealed the dog had a microchip and Blue’s owners were found…1,400 miles away in Florida. 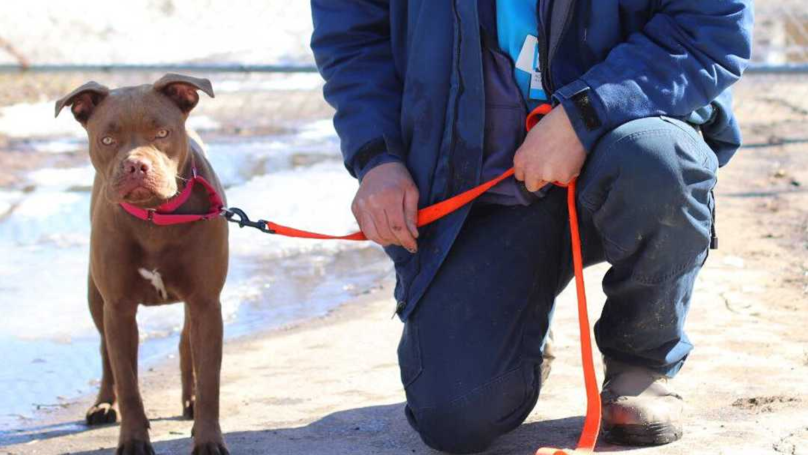 However, one kind-hearted woman decided that she would drive Blue and reunite her with her owners, so far so good, right?

Except when the woman and Blue arrived it turned out they no longer wanted the dog.

“We are sad to announce that Blue did not make it home,” the society explained in the post. “Through no fault of anyone Blue is now headed back to Michigan where we will find her forever home.

“Due to changing circumstances her family was unable to keep her and we’d like to respect their reasons and their privacy.

“We want to thank her transporters for their dedication to Blue, as well as everyone else who has helped along the way. No one could have predicted this unfortunate turn of events but we can now only focus on what is most important which is finding Blue a forever home.

“If interested in adopting Blue we are accepting applications. She is a young dog with a lot of energy and will need an active family willing to train her. She is housebroken and very sweet.”

Oh Blue, come and live with me.