When it comes to males, for some reason, they cannot take rejection well. Take it from someone who has been a single woman on Tinder once or twice in her lifetime – when you say no, they think you’re saying, “please, try harder.”

It’s as if the words “no” don’t resonate in their minds and they insist on making themselves look like complete fools – for the entire world to eventually see because we don’t keep that sh*t to ourselves – right ladies?

One woman – Leagan – has set the bar outrageously high for payback to men who cannot take no for an answer. Seriously – this is the best story I have heard to date. A guy asked Leagan out on a date and she respectfully said no, because she just wasn’t interested in him.

Instead of taking the rejection, this guy decided to send Leagan his credit card – front and back – to “allow her to buy anything her heart desires.” As if, this was going to win her over. 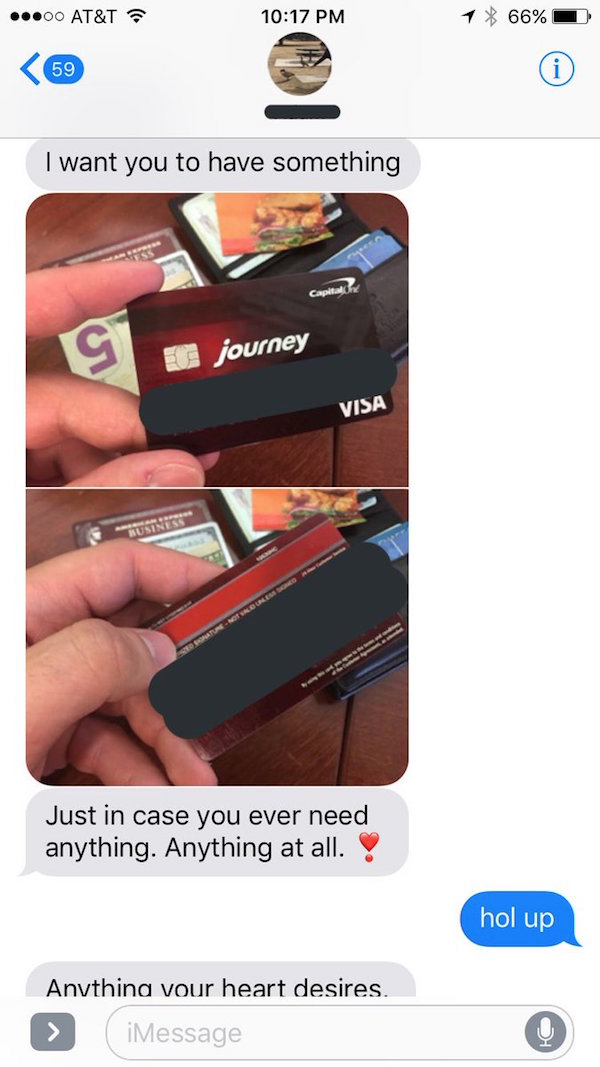 She decides to buy the one thing every girl secretly wants in their life – a bouncy castle. You know exactly what I’m talking about. The big, giant, blow-up castles that your rich friends have at their backyard birthday parties but your parents would never let you have because it would “ruin the lawn.” 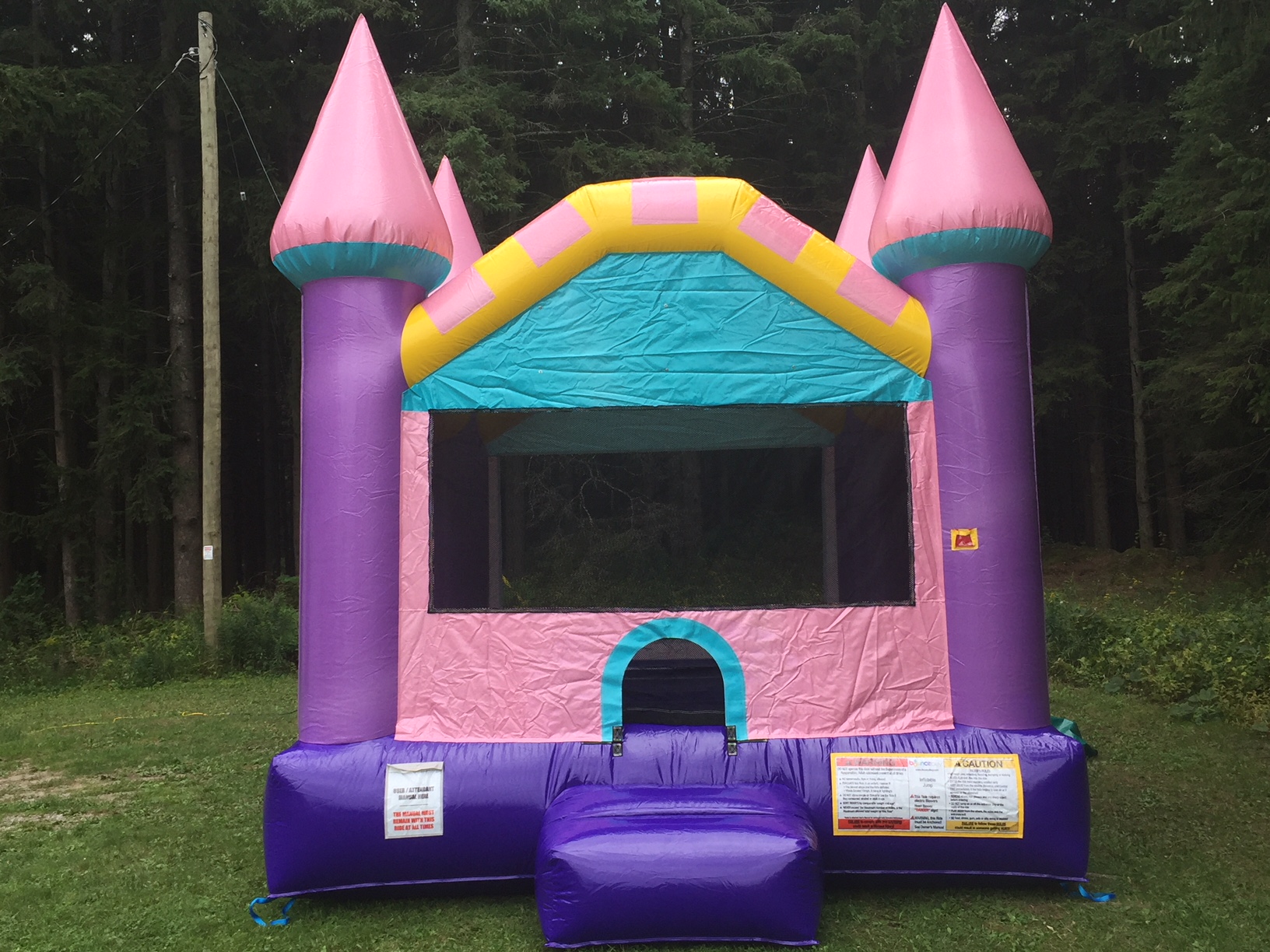 After her purchase, the guy messages her to ask her “what is this” that she just bought with his credit card. Her response?

Well, think about what you would say. Imagine, you already told someone no. They do not know you. You do not know them, nor do you owe them anything. They pretend ‘no’ didn’t happen.

They then try to bribe you into a date, or “purchase a yes.”

Would you be extremely polite, and thank him for his generosity? Or would you do something like what this woman did, and get yourself a flippin’ bouncy castle?

Here’s how she responded: 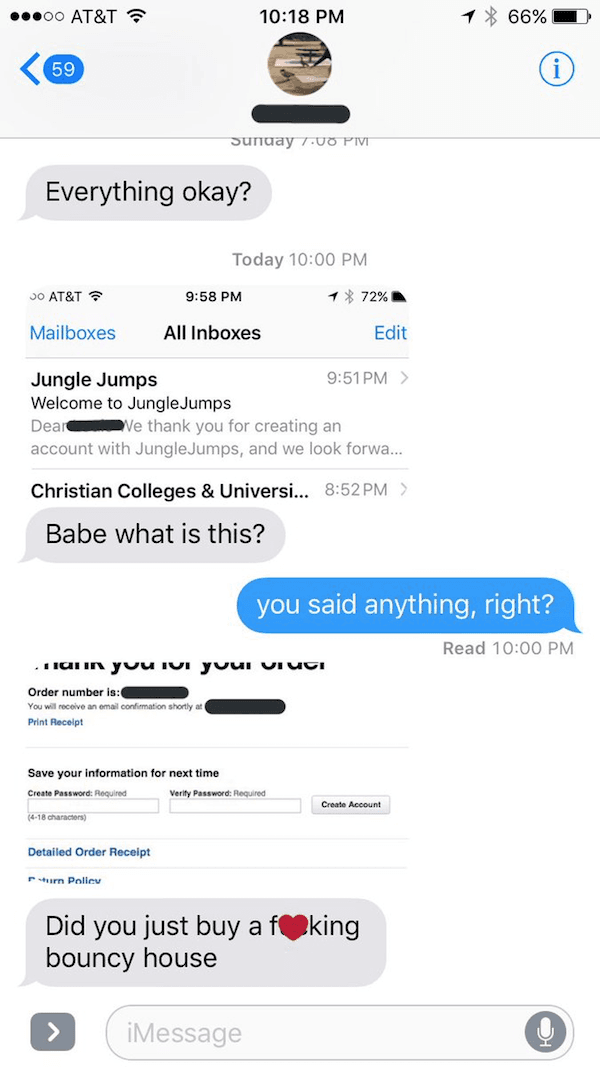 Leagan shared her story on Twitter and immediately, women everywhere were praising her for her brilliant idea and creativity. 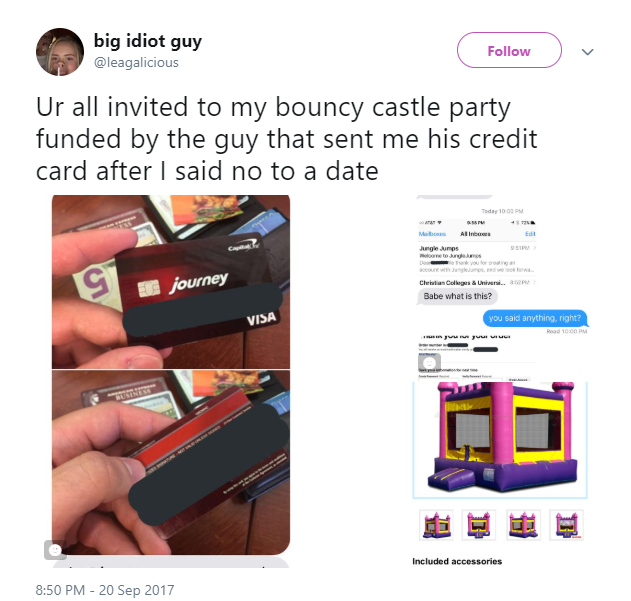 A word of advice (and this goes for both men and women).

When someone says no to something, respect that answer. Stop trying to push for the response that you want. That’s called manipulation and it’s not okay.