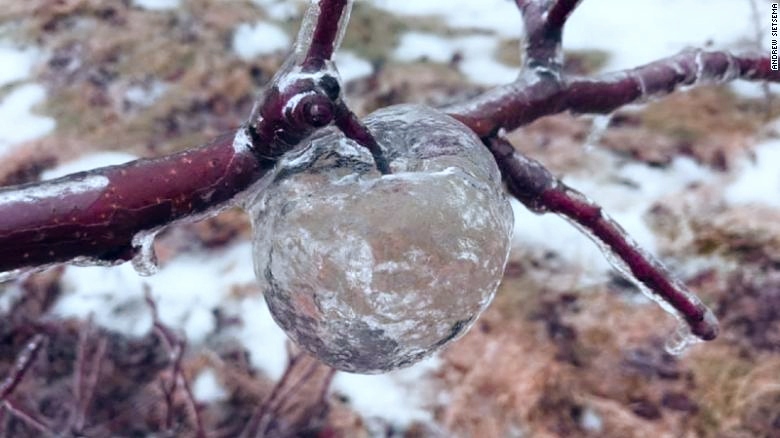 The Great Cold Snap of 2019 has given us a ton of terms we didn’t know we needed: Frost quakes. Snow squalls. Steam fog.

Now we can add another one to the list: ghost apples.

Andrew Sietsema was pruning apple trees in an icy orchard in western Michigan when he came across some.

Freezing rain this week caused an icy spectacle to form at an orchid near Sparta, Michigan: so-called “ghost apples.” 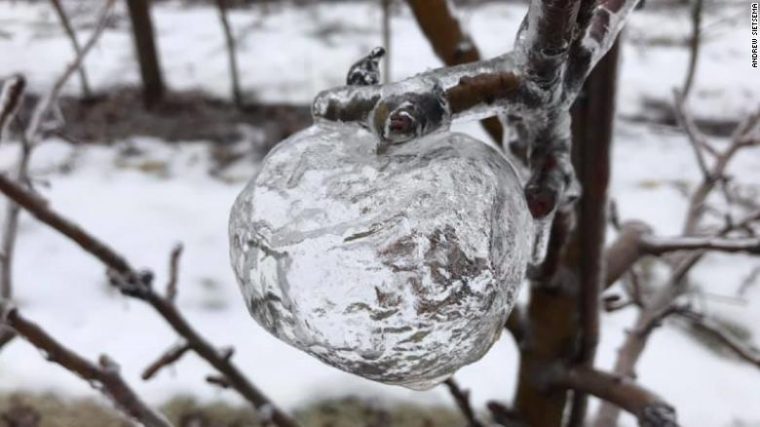 Freezing rain coated the rotting apples, which were a variety known as Jonagold. Later, when Sietsema began to prune the trees, “mush” fell out the bottom of the icy shells, leaving only the encasements behind.

“I guess it was just cold enough that the ice covering the apple hadn’t melted yet, but it was warm enough that the apple inside turned to complete mush (apples have a lower freezing point than water),” he said. “And when I pruned a tree it would be shaken in the process, and the mush would slip out of the bottom of the ‘ghost apple.'”

While most of the apples fell off of the trees — ice and all — “quite a few would leave a cool ‘ghost apple’ behind,” he continued, joking the creations could also be called “Jona-ghosts.” 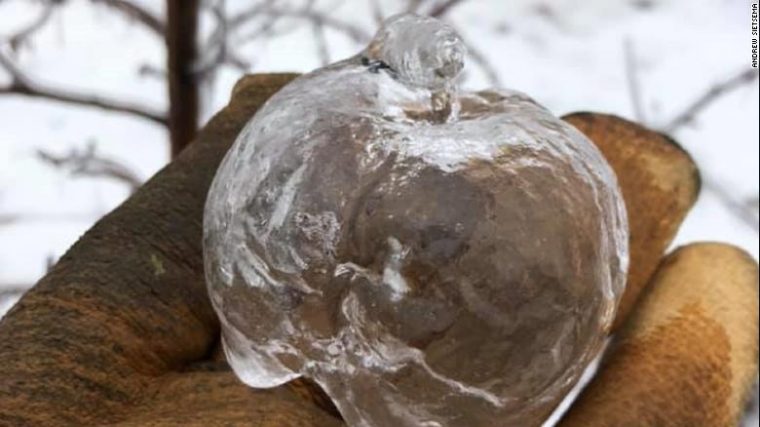 As of Friday afternoon, Sietsema’s photos of the ghost apples had been shared roughly 10,000 times.

“From the icy grip of the Arctic outbreak, to above average temperatures this week, which then lead to a day of freezing rain instead of the snow western Michigan is accustomed to.” said CNN meteorologist Judson Jones.

“Freezing rain will turn anything it touches into a glaze of pure ice. In this case, unpicked old apples.”

You could probably find a lot of ghost apples right now in any orchard in what’s known as the Ridge, a region near Sparta, Michigan, known for apple production.

“Most apples just fell off, ice and all. But quite a few would leave a cool “ghost apple” behind,” Sietsema said.