The University of Notre Dame will cover murals in a campus building that depict Christopher Columbus in America, the school’s president said, following criticism that the images depict Native Americans in stereotypical submissive poses before white European explorers.

The 12 murals created in the 1880s by Luis Gregori were intended to encourage immigrants who had come to the U.S. during a period of anti-Catholic sentiment. But they conceal another side of Columbus: the exploitation and repression of Native Americans , said the Rev. John Jenkins, president of Notre Dame.

It is a “darker side of this story, a side we must acknowledge,” Jenkins said in a letter Sunday.

The murals in the Catholic university’s Main Building are painted directly on walls. Jenkins said they will be covered, although they still could be occasionally displayed. A permanent display of photos of the paintings will be created elsewhere with an explanation of their context.

“We wish to preserve artistic works originally intended to celebrate immigrant Catholics who were marginalized at the time in society, but do so in a way that avoids unintentionally marginalizing others,” Jenkins said.

In 2017, more than 300 students, employees and Notre Dame alumni signed a letter in the campus newspaper that called for the removal of the murals. 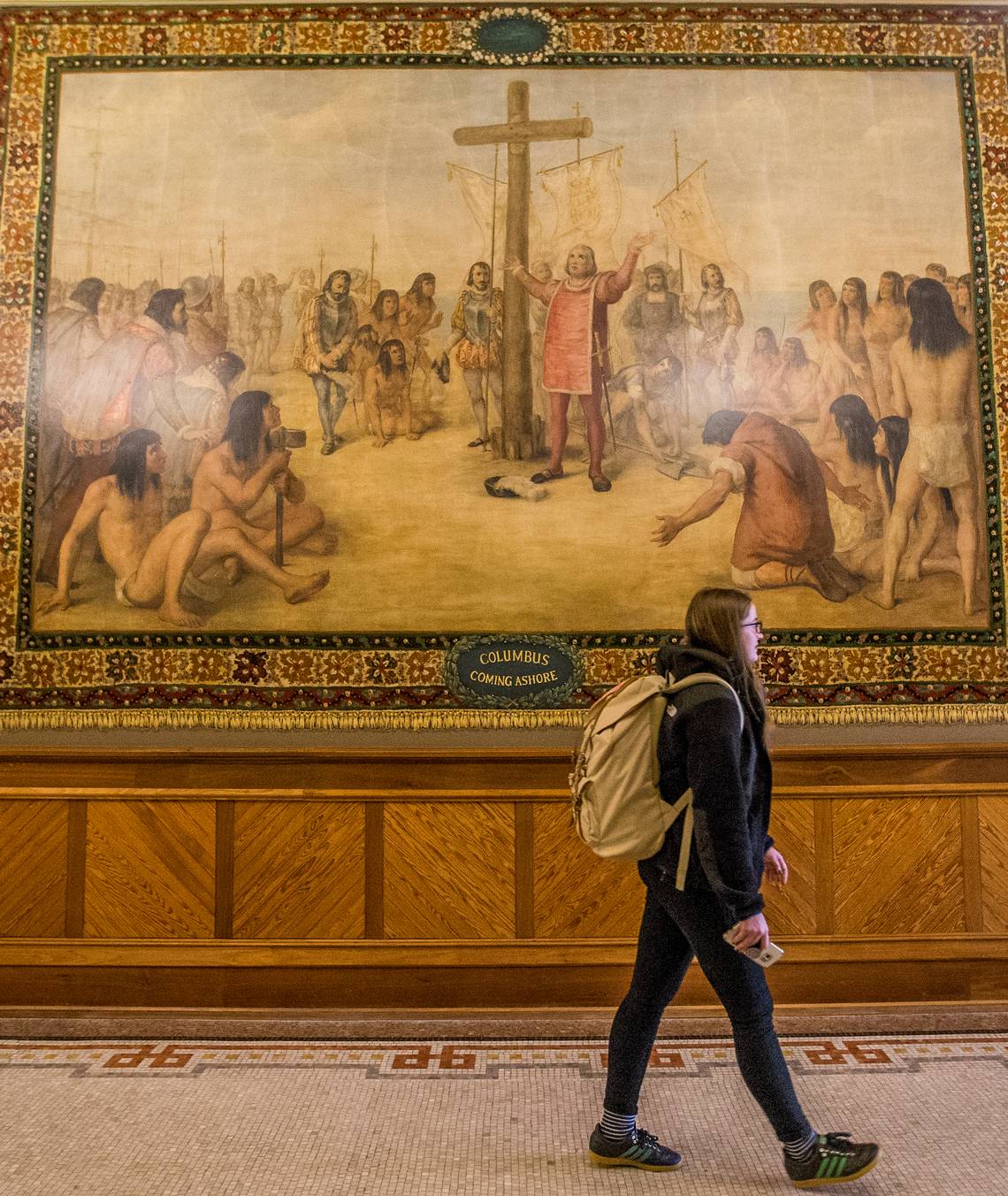 “This is a good step towards acknowledging the full humanity of those native people who have come before us,” said Marcus Winchester-Jones of Dowagiac, Michigan.

“If we adopt the standard of judging previous generations by current standards, we may reach a point where there are no longer accomplishments to celebrate,” Strobl said.

Cities across the United States have been ditching Columbus Day in recent years and honoring indigenous peoples or veterans instead — including Columbus, Ohio, a city named after the increasingly controversial historical figure, McClatchy reported last year.

Statues of Columbus have been taken down across the country as well, NBC Los Angeles reports, much like statues of Confederate generals and soldiers.

The school hopes the decision will both preserve the historical murals while also respecting Native American communities that were harmed by Columbus’ arrival in the Americas. Jenkins said the murals wrongly suggest Columbus was only a well-meaning explorer and “friend of the native peoples.”