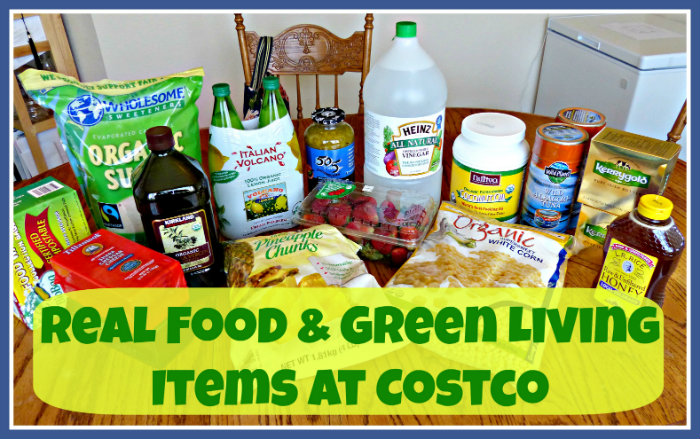 Costco has made a big leap of late, taking over the number one spot in organic food sales. Costco is estimated to make over $4 Billion dollars this year alone in the sales of organic products. That trumps Whole Foods projection of $3.6 Billion they estimated to make this year. These figures came from financial firm BMO Capital Markets who calculated and projected this enormous jump.

This is great news as Costco is the second largest retailer in the USA behind Walmart, and committing to organics before other retailers make the move certainly has its benefits! Not only will this move attract more customers to the chain of stores, but in the long run makes organic food cheaper to produce which will help both farmers and consumers.

Organic foods are now accessible in more homes due to costs of these products decreasing. This means families on lower incomes who couldn’t normally afford to buy organic products will be able to make a choice for the better. Healthier and much more environmentally friendly items can grace their cupboards instead of dreaded GMO’s which, sadly, most Americans are no stranger to.

So whats all the fuss about? There have been organic foods on the market for years though its been expensive to buy compared to the non-GMO food on the market. Well the fuss is about cheaper organic products in more homes, healthier lifestyles and healthier children.

Some GMO products are designed specifically to resist weedkillers made by the companies who are modifying the seeds to make even more profit. Surprisingly, once these seeds are engineered, they don’t have to prove there safe. Meaning that they could be potentially poisoning our bodies every time we ingest a bi-product of them, making either ourselves or our future generations sick or even disabled.

What was so bad about having real food grown by real seeds? Up until recently in history we have used natural seeds and natural foods and they have sustained humans and animals alike with no need for altering what we eat. Why did we throw a spanner in the works and decide it was no longer good enough and said we needed to change the very things that have supported us since life first appeared on our planet?

The surprising thing is organic farmers have to prove their products are organic so they can label them accordingly, which costs a lot more money for the farmer. So non-GMO’s have to prove they are natural, no pesticides were used, go through testing and regulations and pay for all of it, whereas if you make a GMO it’s not regulated by the government nearly as much- not even close!

For years we have been misled by GMO’s being “safe”. If you look at the numbers and figures surrounding them, as well as government laws which surround organic farms compared to non-organic, you might end up scratching your head and being totally confused why this has been allowed to happen.

In this TED talk with Robyn O’Brien, she explains a wealth of information about GMOs effecting health in people and how they came to be produced. I highly recommend the watch as it may surprise you.

So, well done Costco! You have taken a giant leap in combating the GMO craze America seems to be behind, you’re making a difference to our health by supporting these non-GMO farmers to sell their products in your stores, and giving those farmers a chance at letting people consume their healthier products at affordable pricing! Now if only the rest of the big chain stores and fast food industry could jump on your bandwagon everyone would be better off- well everyone bar the chemical industry that’s tricked us for years.