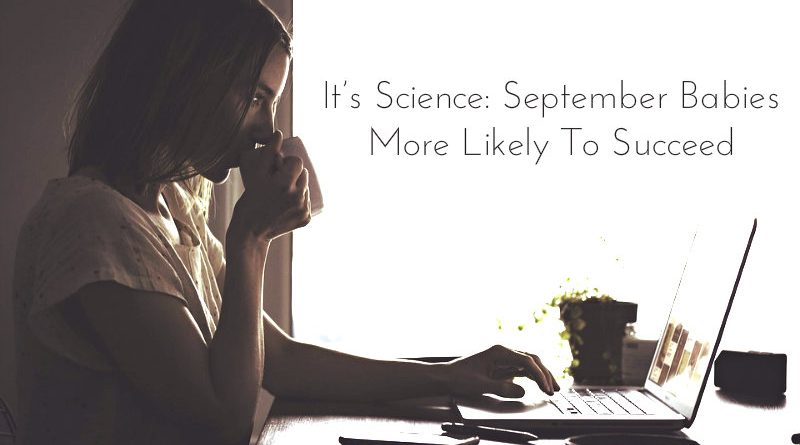 According to a new study, children born in September generally perform better in school. The good news for the rest of us is that this has less to do with IQ and more to do with when school years start.

“Being an older age at school entry increases children’s college attainment and reduces the likelihood of being incarcerated for juvenile crime,” say the co-researchers from the University of Toronto, Northwestern University and University of Florida in a summary of their study, “School Starting Age and Cognitive Development.”

For the study, published in August in the National Bureau of Economic Research, the team examined the academic and behavioral outcomes of children born in different months by looking at data from the state of Florida reaching back to the 1990s. With all other factors controlled, the researchers found children born in September tended to have higher college admissions rates (by 2.6 percent) and lower juvenile crime rates (compared to the 1 percent boost in crime rates for August babies). Although study author David Figlio says the discrepancies between August- and September-born children aren’t “massive,” he does say they are statistically “meaningful.”

As for the reason why September babies seem to be smarter and more prone to staying on the straight-and-narrow: The majority of American states, including Florida, institute a Kindergarten cutoff date before September 1. That means babies born in September and subsequent fall months tend to be the older kids in class—which gives them an immediate leg-up.

That isn’t to say summer babies are out of luck. As numerous other studies show, the scholastic gap tends to be larger in the early years of primary education when an 11-month age difference makes a big difference. By the time students approach high school, testing results level out and may even favor younger kids.

As someone who was born in September myself, I can tell you that it does feel nice to be the oldest kid in class- it almost gives you authority at that age.

What month were you born in, and do you know anyone who is born in September? They might really enjoy this article, so be sure to share and leave a comment!

By Emily Glover for Motherly