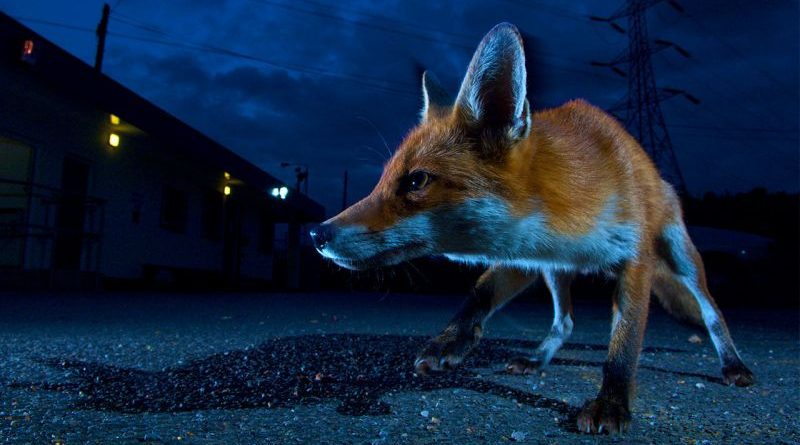 A growing number of mammals are switching to a nocturnal cycle and sleeping during the day, primarily to avoid contact with human beings, according to a new study.

And these new habits could cause problems in finding food and shelter, as well as having knock-on effects on other species, according to the researchers from the University of California, Berkeley.

“Catastrophic losses in wildlife populations and habitats as a result of human activity are well documented, but the subtler ways in which we affect animal behavior are more difficult to detect and quantify,” says one of the team, environmental biologist Kaitlyn Gaynor.

The team analysed existing data from 76 previous studies, studies which used instruments such as remote cameras, GPS trackers, and radio collars alongside direct observations to collect information on animal habits.

Overall, the research showed animals were 1.36 times more likely to be busier at night if they came into regular contact with humans – so an animal that usually spent 50 percent of its active time at night would increase that to 68 percent, on average.

The pattern was the same across carnivore and herbivore species , and the findings held no matter what type of human disturbance was being assessed, from building residences to mountain biking.

To take one example, Nepalese tigers have started spending more time walking at night to avoid the people who are on the same trails in the daytime. From farming to tourism, we’re having an impact, even when we don’t think we’re leaving anything behind.

It seems clear that the larger mammals included in this study feel the need to give human beings a wide berth when they’re in the neighbourhood. What we don’t know is exactly what long-term impacts that might have.

“On the positive side, the fact that wildlife is adapting to avoid humans temporally could be viewed as a path for coexistence of humans and wild animals on an increasingly crowded planet,” says lead researcher Justin Brashares.

“However, animal activity patterns reflect millions of years of adaptation – it’s hard to believe we can simply squeeze nature into the dark half of each day and expect it to function and thrive.”

According to the researchers, some of the negative effects could include disruptions to foraging behaviour, a mismatch between an animal’s traits and its new nocturnal habits, increased vulnerability to non-human predators, and heightened competition.

A proper investigation will have to wait until future studies can be organised. For now, we know that even frequent human activity of all kinds can push animals further into the dark. That should be taken into account in future conservation planning, says the team behind the new study.

“We hope our findings will open up new avenues for wildlife research in human-dominated landscapes,” says Gaynor.

“We still have a lot to learn about the implications of altered activity patterns for the management of wildlife populations, interactions between species, and even human-induced evolution.”

The research has been published in Science.