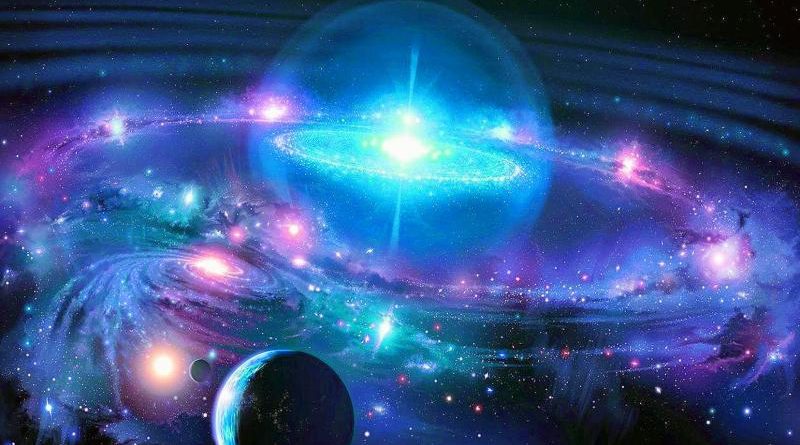 Planetary pairings, a super-bright asteroid, and the astronomical start of a new season offer plenty of reasons to look up this month.

This month promises to be a busy one for sky-watchers, with several dazzling planetary pairings sprinkled around the June solstice. Keen observers will also have the rare opportunity to witness the brightest asteroid in the solar system become visible to the naked eye.

So dust of those binoculars, and turn your gaze toward the heavens.

The red planet will snuggle close to the moon on June 3.

Mars will rise around local midnight in the early part of the month, and on June 3, early risers looking toward the southeast will be able to see the red planet pair up with the waning gibbous moon. The two bright objects will appear to be separated by only three degrees in the dawn sky.

Mars will brighten dramatically throughout June as we head toward opposition in late July. This is when the planet will make its closest approach to Earth since 2003, offering some of the best views of the ruddy world.

Bright Venus will form a line with the twin stars of the constellation Gemini on June 10.

Just as the sun sets, look low to the western sky for the planet Venus to join the twin stars of the Gemini constellation, Pollux and Castor. The trio of lights will form a pretty alignment, with Venus appearing as the brightest starlike object in the entire western sky.

Keep watching Earth’s sister planet over the course of the month, and you will notice it reaching its highest point in the evening sky on June 6. Every night thereafter, it will make a slow trek back toward the horizon. Venus will also brighten throughout the month and its size through a telescope will slightly increase, making it an easy observing target.

Venus and the moon will act as guideposts for finding the Beehive Cluster on June 16.

Look toward the west this night to see the moon and Venus surround one of the prettiest deep-sky objects around, the Beehive star cluster. The Beehive buzzes some 570 light-years away from Earth, and it contains at least a couple hundred stars that stretch across about 24 light-years.

On the 16th, the moon and Venus will sit about eight degrees apart, or less than the width of your fist held at arm’s length, and this dazzling stellar group will appear to be almost halfway between them. With the cosmic alignment acting as guideposts for the star cluster, it should be an easy find for sky-watchers with binoculars.

As dusk settles in, look for a pretty pairing of the waxing crescent moon and the brilliant blue star Regulus setting in the west. One of the brightest stars in the night sky, Regulus is the lead star in the constellation Leo, the lion, and it was visible to many people during the August 21, 2017, total solar eclipse.

The star sits about 79 light-years away and was recently revealed to be spinning on its axis at more than 805,000 miles an hour. At that breakneck speed, you could travel from New York City to Washington D.C. in less than a second.

The second largest body in the asteroid belt officially reaches opposition on the 19th, which means it will sit opposite to the sun in the sky and will be at its biggest and brightest for the entire year.

The space rock measures 326 miles across and will be about 106 million miles from Earth on this night. Lucky for sky-watchers, the bright planet Saturn will act as a guide for finding Vesta, as it will be only a few degrees below the asteroid. While you can easily track it down with binoculars, it will also be possible to catch Vesta with the naked eye from a dark location far away from city lights.

If you have a telescope, you can watch the asteroid sail across the background of stars in the northwestern part of the bright constellation Sagittarius, the archer. And with a larger telescope with at least a 10-inch mirror, keen-eyed observers may be able to see Vesta’s irregular shape and even spot hints of surface colors ranging from yellow to pink.

Summer officially begins in the Northern Hemisphere at 6:07 a.m. ET (10:07 UT) on June 21, with the arrival of the summer solstice. For the Southern Hemisphere, the day marks the start of winter.

Seasons happen because Earth is slightly tilted on its axis, so different halves of the planet are closer or farther from the sun over the course of a year. During northern summer, that side of the planet is tilted more toward the sun and experiences longer days and warmer temperatures. Locations south of the Equator are thus tilted away from the sun, bringing shorter days and colder temperatures.

On the first day of the new season and for a few days afterward, the sun appears to rise from the same place on the horizon—hence the origin of the word “solstice,” which means “sun stands still” in Latin. From solstice date onward, northern days start getting shorter, while the opposite occurs in the Southern Hemisphere.

The largest planet in the solar system will dominate the nights for a few weeks in June, leading up to a meeting with Earth’s lone natural satellite. From June 22 to 24, watch as the gibbous moon pays a visit to Jupiter about halfway up the southern sky after your local nightfall.

Jupiter reached its opposition in May, and the gas giant will begin to slowly fade and get smaller in telescopes over the course of this month, but it will nevertheless continue to offer impressive views of its Great Red Spot and the four large Galilean moons.

Saturn and the moon will hang near the horizon on June 27.

A major highlight of June sky-watching will be seeing Saturn at its brightest and biggest for 2018. The ringed planet reaches opposition on the 27th, only a day after it pairs up with the full moon just north of the “teapot” pattern that’s part of Sagittarius. Because of the moon’s blinding glare, your best views of Saturn will be a couple of weeks before and after opposition.

Seen through even the smallest backyard telescopes, Saturn will showcase its famous rings tilted nearly 26 degrees toward Earth, making for amazing views. The alignment offers your best chance to catch some cool features, such as the dark gaps in its ring system and the coloration of its polar cap.

An illustration shows what Saturn and its moons should look like through a telescope in late June.

Also, don’t forget to check out its retinue of visible moons, including hazy Titan, geyser-studded Enceladus, and Mimas—sometimes called the Death Star moon due to a large and distinctive crater that makes the rocky orb reminiscent of the Star Wars icon.