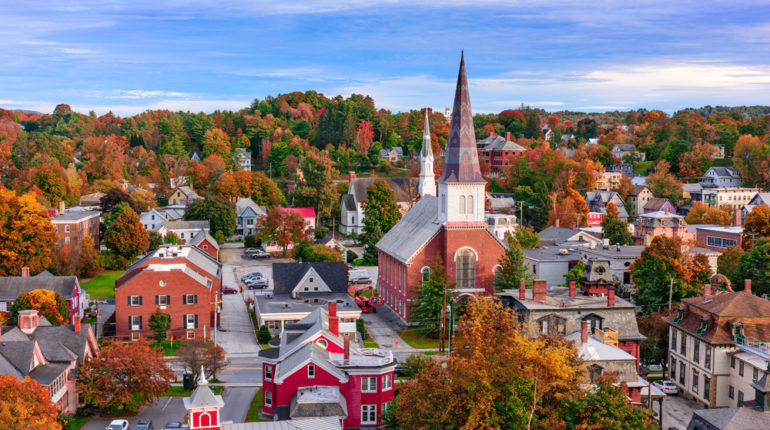 Daydreaming about moving somewhere less populated, maybe to where you can ski in your down time and tap trees for maple syrup? If so, Vermont is beckoning, and might even pay you for your trouble.

On Wednesday, Gov. Phil Scott, a Republican, signed into law a bill that will give a number of people who move to Vermont from another state up to $10,000 to help ease the transition.

The money — part of a grant program designed to draw tech workers and revitalize the state’s aging work force — is intended to help with costs like relocation, computer software and hardware, broadband access and membership in a shared professional space.

Those who relocate and take part in the program need to be full-time employees of a business based outside of Vermont and need to be able to work remotely. They also must become a full-time Vermont resident in 2019.

“The first day of the session, we asked ourselves, what sets Vermont apart from the rest of rural states in the country in attracting this growing remote work force,” Senator Michael Sirotkin, Democrat of Chittenden County, which includes the state’s most populous city, Burlington, said in a phone interview on Thursday.

The answer was that Vermont offers a certain quality of life: low crime, beautiful surroundings and affordable housing, said Mr. Sirotkin, who is a main champion of the bill and the chairman of the state’s Senate Economic Development, Housing and General Affairs Committee.

“It’s close proximity to Boston and New York,” Mr. Sirotkin continued. “If you are working for a tech company, you’re not necessarily wedded to the office.”

It would work well for those “wanting to get out of an urban environment into a more rural environment, those who are maybe paid well and don’t want to leave their job,” he said. “Hopefully it works.”

The grant money will be distributed on a first-come first-served basis, and $125,000 will be available in 2019. Qualifying workers will get up to $5,000 per year for two years, but Mr. Sirotkin said he could see the grant offsetting costs for up to 100 people in 2019, since most people are unlikely to have $5,000 in resettlement expenses per year.

Applicants can start placing requests as early as Jan. 1, though it might take a little longer to “get it up and going,” said Mr. Sirotkin, who stressed that legislators were determined to make the application process straightforward.

“All you’d really have to do is show one of the four kinds of expenses, and you should be verified,” he said. “It’s intended to be a simple reimbursement.”

The new grant program comes about two months after Vermont announced another effort to draw workers to the state, which in 2017 had a population of around 624,000. In March, Governor Scott and the Vermont Department of Tourism and Marketing announced the so-called Stay-to-Stay initiative, which is intended to help tourists relocate to the state.

According to the Stay-to-Stay website, the program is a “lodging and networking package to connect guests to employers, entrepreneurs and potential neighbors in local communities around Vermont.”

In a statement about Stay-to-Stay, Mr. Scott said: “We have about 16,000 fewer workers than we did in 2009. That’s why expanding our work force is one of the top priorities of my administration. We must think outside the box to help more Vermonters enter the labor force and attract more working families and young professionals to Vermont.”

Vermont is not the first state to use cash as a lure. Alaska has for decades paid every permanent resident up to $2,000 a year as part of the state’s Permanent Fund Dividend Division, which essentially gives every Alaskan a share of the state’s oil wealth.

Written By Maya Salam for The NY Times