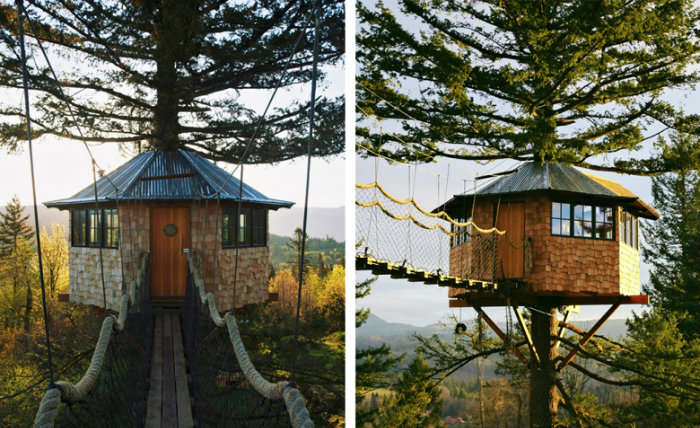 You know the dream- going from corporate America, working in the big city, to living on the road and getting back to nature. If you’ve ever worked in an office setting for a period of time, or if you’ve struggled to accept the 9-5 mediocrity, then you understand the feeling of wanting to break away and really LIVE. Foster Huntington was a designer for Ralph Lauren in New York City, and one day he decided he wanted to leave that life and start something different- something better. In 2011, Huntington quit his job designing and purchased a Volkswagen van to travel to states.

He created the hashtag #VanLife and says, “I got really excited about the idea of other people living in their cars, so I made the VanLife hashtag and started documenting those people. I started a Tumbler based on that idea, and two years ago I developed that idea into a photo-book called Home is Where You Park It.”

Our 20’s are an important time in our lives. We are at the stage where we should be exploring and finding out what lies beyond; we should be feeling vibrancy and freedom in our youth, not confinement and monotony in a repressed structure based on economic standards. Hunnington thinks the same way, which is why left Ralph Lauren at the age of 24.

“It’s easy to lose your excitement with life as you get older because you’re paying taxes, and bills, and have all these responsibilities. I want people to look at the video and book and get excited again. To build something. Because at the end of the day, it’s a lot easier than you would expect.”

After riding the waves of curiosity for 2 years, the inspirational blogger/writer thought that settling down somewhere was a good move. Near the Oregon border, in western Washington, Huntington gathered a few of his closest friends and started planing to build a treehouse that would be both stylish and fun- a place to unwind mixed with a bit of groovy awesomeness.

The dream was completed one year later, in 2014, and received the name “The Cinder Cone“. The “Cone’s” multi-level structure consists of 2 connected treehouses, a soaking bathtub made from a hollowed out  oak tree, a hot tub, an observation deck, and a skate bowl, right in the middle of the beautiful Columbia River Gorge.

Huntington is still doing work as a photographer, blogger, and a social media consultant. He finds that being able to work online in the internet age has it’s benefits. Too right! You can even work from a treehouse!

A short 15 minute video was released, chronicling the transformative and creative processes of building The Cinder Cone. Enjoy!