As incredible as it may sound, NASA has discovered that the numerous celestial bodies that make up the universe as we know it actually gives off MUSIC.

While we look at the night sky and observe the countless stars in our field of view, we often believe that nothing can be heard in the vast cosmos, and we do not realize that the universe is actually teeming with music, or better said: celestial music. Even though space as we know it and understand is considered as a virtual vacuum, it doesn’t necessarily mean that there isn’t any sound in space. 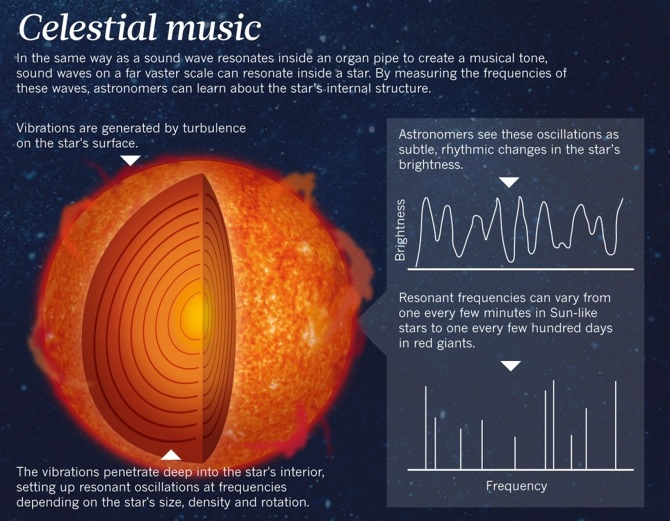 While we cannot hear sound in space, it still exists in the form of electromagnetic vibrations that can be detected with the aid of specially designed instrument as those that have been developed by the National Aeronautics and Space Administration (NASA). With these devices, NASA managed to register and playback the electromagnetic vibrations which were emitted by planets and stars in the universe. The results are, as you would expect, far beyond incredible, and many would argue that this enigmatic sound proves that the universe and everything inside it is alive.

According to physicist Lee Smolin, founder of the Perimeter Institute for Theoretical Physics, our universe has already created a whole family of children, hidden universes beyond the dark horizons of black holes.

“The laws of nature are perfectly tuned so that the Universe can harbor life,” says Smolin. “Imagine what would happen if these laws changed slightly. The universe would not be so hospitable and it remains a mystery as to why the universe is so acceptable for biology”.

Cosmologists periodically collide with an enigma called “perfect harmony”. If any of the forces of nature were stronger or weaker in less than 1%, stars and galaxies would never have formed. There wouldn’t even be atoms.

The sounds that planets, moons, and stars give off are beyond incredible. These incredible sounds come from various sources such as the electronic vibrations of the different planets, their moons and rings, their electromagnetic fields, planetary magnetospheres which turn trap radio waves, which bounce back between the planet and the inner parts of the atmosphere into celestial symphonies.

This cosmic music is proof that out there, in the vast ‘emptiness’ of space, there is more than what meets the eye. Just because we cannot see something it doesn’t necessarily mean that it isn’t there and the best example of this is, without a doubt, the enigmatic sounds of the universe, considered by many as a giant living organism.

Now sit back, relax, and enjoy the beautiful sounds recorded in this video:

By Ancient Code for Ancient-Code