The archaic Denisovan and Neanderthal DNA that persists in modern individuals from the Pacific islands of Melanesia could be a source of new information about early human history, according to a report published this Thursday in the Early Release edition of Science.

Equally as informative, according to Joshua Akey, a UW Medicine expert on human evolutionary genetics, are regions where DNA from extinct, human-like species has vanished from the genome and has been replaced with sequences unique to people.

Denisovans are related to, but distinct from, Neanderthals. This prehistoric species was discovered less than a decade ago through genetic analysis of a finger bone unearthed in northern Siberia. Named for the mountain cave where that fossil, and later, two teeth, were found, Denisovans became a new addition to our ancient cousins on the evolutionary tree. 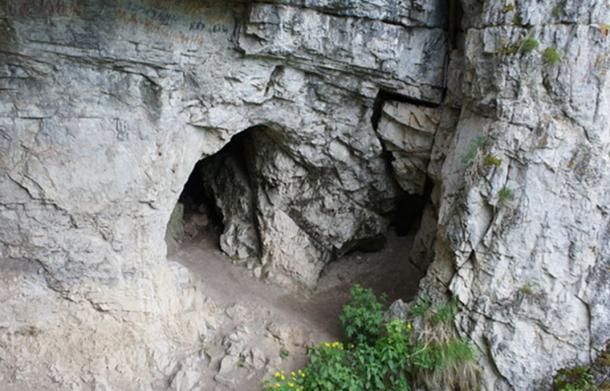 Substantial amounts of Denisovan DNA have been detected in the genomes of only few present-day human populations so far. They are all living in Oceania, thousands of miles away from that Siberian cave.

“I think that people (and Neanderthals and Denisovans) liked to wander,” said Benjamin Vernot, a UW postdoctoral student in genomic sciences who led the project. “And yes, studies like this can help us track where they wandered.”
“Denisovans are the only species of archaic humans about whom we know less from fossil evidence and more from where their genes show up in modern humans,” Akey said.

Denisovan DNA could make up between 2 percent to 4 percent of the genome of a native Melanesian. Lower levels of Denisovan ancestry, other recent studies suggest, may be more widespread in the world. 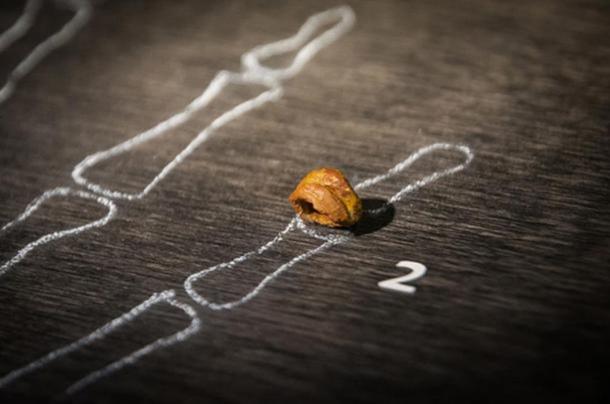 This prehistoric species was discovered less than a decade ago through genetic analysis of a finger bone unearthed in northern Siberia. Replica of the pinky finger bone found in 2008 in the Denisova Cave. Museum of Natural Sciences in Brussels, Belgium. (public domain)

Akey, a University of Washington professor of genome sciences, and Svante Paabo, of the Department of Evolutionary Genetics at the Max-Planck-Institute for Evolutionary Anthropology, oversaw the Melanesian genome project. It was a collaboration with researchers in medicine, anthropology, statistics and biotechnology from several other universities.

Many recent studies have tried to understand when and where archaic hominins and our modern ancestors co-existed and interbred. Most of this research has been intent on cataloging Neanderthal gene sequences remaining in the genomes people of European or Asian descent.

According to Vernot, “Different populations of people have slightly different levels of Neanderthal ancestry, which likely means that humans repeatedly ran into Neanderthals as they spread across Europe.”

Where the ancestors of modern humans might have had physical contact with Denisovans is debatable. The best guess, Akey said, is that Denisovans may have had a broad geographic range that extended into East Asia. Early humans with both Denisovan and Neanderthal ancestry could have traveled along South East Asia. Eventually, some of their descendants arrived on the islands north of Australia. 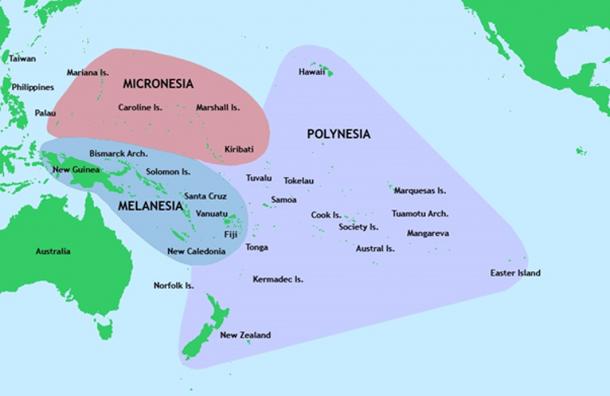 Melanesia is one of three major cultural areas in the Pacific Ocean. (public domain)

Thanks to Ancient Origins for this post and featured image