A small pebble found in Egypt is decidedly ‘Not From Around Here.’

It’s a discovery that raises some questions about the formation of the Solar System.

In 2013, researchers announced that the Hypatia stone, found in south-west Egypt and named for the 4-5th century CE scientist Hypatia of Alexandria, had not come from Earth.

Subsequent analysis revealed that the diamond-filled stone was not from any known comet or meteorite – its combined features were unique among known extraterrestrial materials.

One hypothesis proposed that it might be a fragment of comet nucleus, shocked on impact, and another found that it was formed in a cold environment.

Now a team of researchers from the University of Johannesburg have analysed the carbonaceous matrix of the stone, and found a lack of silicate matter that sets it apart from other interplanetary material that has fallen to Earth, and the presence of minerals that seem to predate the Sun.

Metaphorically, the researchers compared the stone’s internal structure to that of fruitcake that has fallen off a shelf and shattered.

“We can think of the badly mixed dough of a fruit cake representing the bulk of the Hypatia pebble, what we called two mixed ‘matrices’ in geology terms,” said lead researcher Jan Kramers. 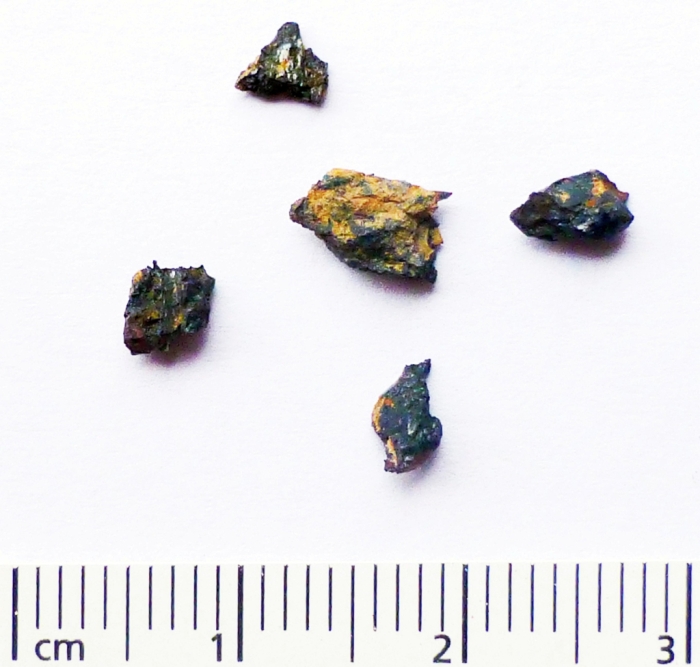 The pebble is just a small shard of the original “cake”, which estimates place at several metres in diameter. However, its composition reveals a lot about the whole.

Non-metallic meteorites are called chondrites, and compositionally, they are a lot like Earth, with a small amount of carbon, and a lot of silicon.

Hypatia is the opposite, with a lot of carbon, and very small amounts of silicon.

“Even more unusual,” Kramers added, “the matrix contains a high amount of very specific carbon compounds, called polyaromatic hydrocarbons, or PAH, a major component of interstellar dust, which existed even before our solar system was formed.

“Interstellar dust is also found in comets and meteorites that have not been heated up for a prolonged period in their history.”

Some of the PAH in Hypatia was at some point turned into sub-micrometre diamonds – probably on its impact with Earth.

But other findings were even more peculiar. The researchers found aluminium in its pure metallic form – something that happens rarely, if ever, in the Solar System, as far as we know.

They also found silicon carbide (also known as moissanite) and silver iodine phosphide in highly unexpected forms. And a compound consisting mainly of phosphorus and nickel, with no iron – a mineral composition never seen before, not on Earth, and not in extraterrestrial materials.

Taken together, these features suggest that Hypatia is made of unchanged materials that predate the Sun – but that the stone itself was probably formed after the Sun, because you need a dense cloud like a solar nebula to form larger objects.

It challenges our models of planetary formation that assumes that material is evenly scattered throughout the protoplanetary disc – but more research is, as always, needed in order to learn more.

“Hypatia was formed in a cold environment, probably at temperatures below that of liquid nitrogen on Earth (-196 Celsius). In our solar system it would have been way further out than the asteroid belt between Mars and Jupiter, where most meteorites come from,” Kramers said.

“Comets come mainly from the Kuiper Belt, beyond the orbit of Neptune and about 40 times as far away from the sun as we are. Some come from the Oort Cloud, even further out.

“We know very little about the chemical compositions of space objects out there. So our next question will dig further into where Hypatia came from.”

The team’s research has been published in the journal Geochimica et Cosmochimica Acta.

Keep Reading: What Is A Hag Stone And Why Are They So Special?