Conspiracy theories are everywhere; everyone on the planet has heard at least one, and the astronauts above the planet (if you believe we actually have accomplished this) have heard at least two. Conspiracy theory audiences include hardcore believers and those who just find the theories interesting, and plenty of people are a mix of both. The popularity of the conspiracy theory usually depends on the topic of conversation, the credibility of information, the popularity of the subject and in most cases, the opinion of the person hearing, reading or watching the information. A perfect example is the conspiracy theories surrounding Beyoncé.

Is Beyoncé really the queen of the Illuminati? Is she involved at all? Many conspiracy theorists believe she has some level of involvement. Even if the theorists are unsure of what level or role they believe her to have within the Illuminati, they still maintain that there is something to her being involved.

Check out the Beyoncé Illuminati conspiracy theories below, as well as a few other interesting ones.

Conspiracy Theories. A conspiracy theory is defined as a belief that some covert but influential organization is responsible for a circumstance or event. Some people engage in listening and investigating conspiracy theories as a fun activity, but others are deeply immersed.

Illuminati. The Illuminati is the modern day boogey man for some, but many know that they Illuminati were once organized like the Freemasons. They were a Bavarian secret society with a lot of power founded in 1776 that wished to separate itself from the hold of the government and the church. The secrete is clearly our and the Order of the Illuminati is one of the most popular topics worldwide.

Beyoncé. Bey’s Illuminati ties are voiced mainly because of her husband, Jay-Z. People love to speculate on her rise and position as one of the top entertainers worldwide, but Bey has yet to lay claim to any of these rumors or the Illuminati. If you want a treasure trove of speculation, anything Beyoncé and Illuminati related will do.

Fluoride and Mind Control. This theory states that the United States is the only country that is currently putting fluoride in their water. The last noted use of fluoride was by Hitler, who was not well known for tolerance, free will and good choices. Fluoridated water is said to be linked to making people easier to handle and more submissive, so the government is using it

Louis Tomlinson’s Baby. The theories involving Louis Tomlinson’s baby is a theory held by some One Direction fans. The theory is that the birth was staged by a member of the PR team who had her baby at the same time as baby Freddie was born. This was done to obscure the idea that Louis Tomlinson and Harry Stiles were in a romantic relationship. 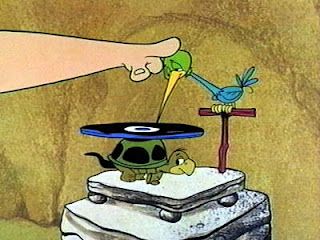 The Flintstones. The Flintstones is supposed to be set in an apocalyptic future based on conspiracy theories about the cartoon. The stone age versions of modern day devices show that people were not able to give up their creature comforts due to a lack of technology, so they improvised with a good example being the record playing bird.

Katy Perry is JonBenet Ramsey. Based mostly on a visual similarities, the ties between JonBenet Ramsey and Katy Perry are circumstantial, but is a favorite amongst theorists. There is an age difference, and JonBenet was murdered in 1996, but people will believe what they like.

Frozen Walt Disney. Ever since it was reported in 1966 that Walt Disney lost his battle with lung cancer, people have speculated that the wealthy man had himself chemically frozen and hidden in a Disney Park. The theory states that he wants to be thawed out once a cure is found. Other theories involve his head being preserved, coherent and functional.

Rugrats. On another note, the theory for the Nickelodeon cartoon Rugrats is pretty dark. The theory is that the all of the infant characters are dead and the stories were created by Angelica’s imagination because she is a lonely child. Tommy apparently was stillborn, explaining why the father character spent so much time in the basement obsessed with toys. Chucky’s father is a mess because Chucky and his mother died in a car crash. The Devilles had an abortion, and since Angelica did not know the gender, she created twins, a boy and a girl with simple names. Dil is considered by many to be real, explaining why he will not follow all of Angelica’s commands.

Crisis Actors. Crisis actors are people hired to be on camera as “survivors” of a horrifying incident or event. This conspiracy theory is fueled by proof of crisis actors being used for news broadcasts like the Boston bombing, 9/11 and more.

Last Thursday. The conspiracy theory behind “Last Thursday” plays a lot of games with the concept of time. The theory is that the entirety of the universe was created last Thursday and everything we know as history both worldwide and personally, has happened in just that space of time.

The Titanic Never Sank. The theory behind the Titanic never sinking is based on an accusation of insurance fraud by White Star. Apparently, the theory does not dispute that a ship sank, but cancellations by numerous high-class individuals at the last minute and a few images of the Olympic, a ship similar to the Titanic, give some credence to the concept.

Airlines Want Crash Deaths. The conspiracy theory surrounding airlines wanting plane crash deaths is based on the suggested crash positions primarily and money secondarily. If a person were to take the suggested brace positions for a crash, it appears like they would be in prime position to break their neck. Flight attendants are known to take a different positions which doesn’t sit well (pun intended) with believers of this theory. The money angle is just based on the concept that people in a crash may sue, and dead people cannot sue. This one is shaky as the family of the deceased can sue.