The vinyl is due for release in February and is available for pre-order starting December 1. It will be the first release by the new label Ozma Records, which specializes in the “intersection of science, art, and consciousness.”

In 1977, NASA launched two spacecrafts -Voyager 1 and Voyager 2, on a mission to explore the furthest recesses of the Solar System and ultimately leave it. Attached to each of these probes is a beautiful golden phonograph record.

The Golden Record contains a variety of natural sounds, such as those made by surf, wind, and thunder, birds, whales, and other animals. It also contains 115 images portraying life on Earth and most importantly, musical selections from different cultures and eras. The artists who feature on the record include Mozart, Blind Willie Johnson, and Chuck Berry.

The content of the record was curated by a team led by rockstar scientist Carl Sagan, of Cosmos fame. In his own words, “The spacecraft will be encountered and the record played only if there are advanced spacefaring civilizations in interstellar space.” This means that this enchanting golden vinyl might one day very well be the last piece of music left, long after we’re gone. 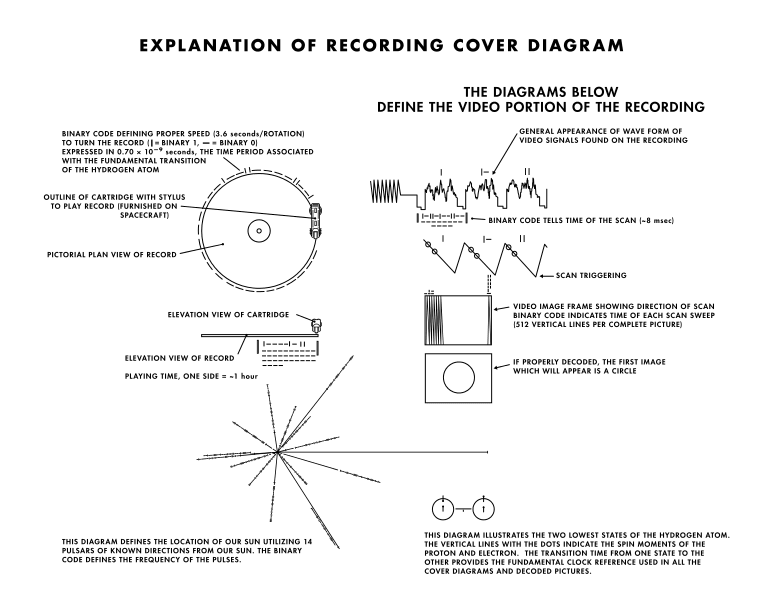 Now, you can own your very copy of the Voyager Golden Record on vinyl. Ozma Records, a new label that specializes in the “intersection of science, art, and consciousness” has announced its first release, which will contain 3xLP vinyl box set of the Voyager Record.

The vinyl is due for release in February and is available for pre-order starting December 1st. The record also available as a two-CD set for those who don’t own a record player.

The vinyl even retains the original look of the record, complete with the unique cover diagram. It’s interesting to note that nobody, not even Carl Sagan himself owned a copy of the record and that the piece on the spacecraft was the only piece. So the recreation by Ozma is historic in a sense. 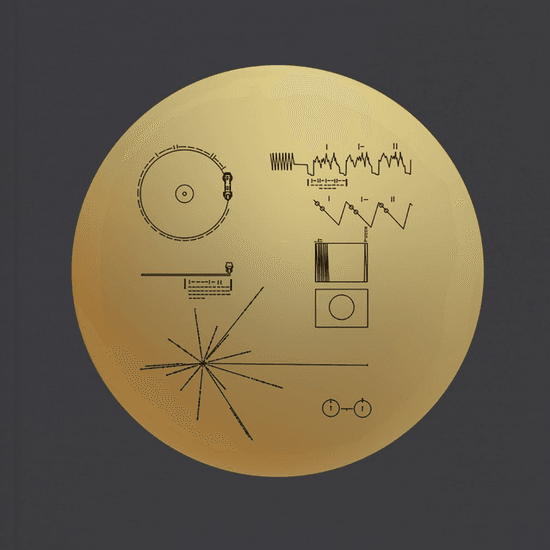 The box set also includes all the images that were encoded on the golden record, scanned from a set of the master slide. It also comes with a gallery of breathtaking space photographs transmitted back from the Voyager probes.

Ozma Records’ website says this about the Voyager Record: ‘It was a gift from humanity to the cosmos. But it is also a gift to humanity. The record embodies a sense of possibility and hope. And it’s as relevant now as it was in 1977. Perhaps even more so.’ 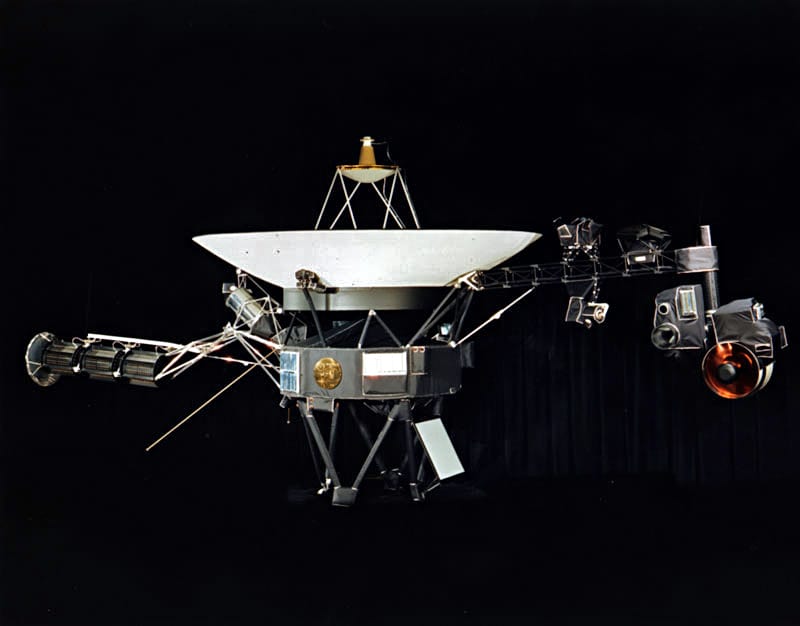 The Golden Voyager Record can be seen on the side panel of the Voyager 1 spacecraft.

NASA’s Voyager 1 officially exited the Solar System on September 23, 2013, making it the farthest spacecraft from Earth as well as the farthest man-made object. Its current position and mission status can be viewed real-time via NASA’s dedicated page.