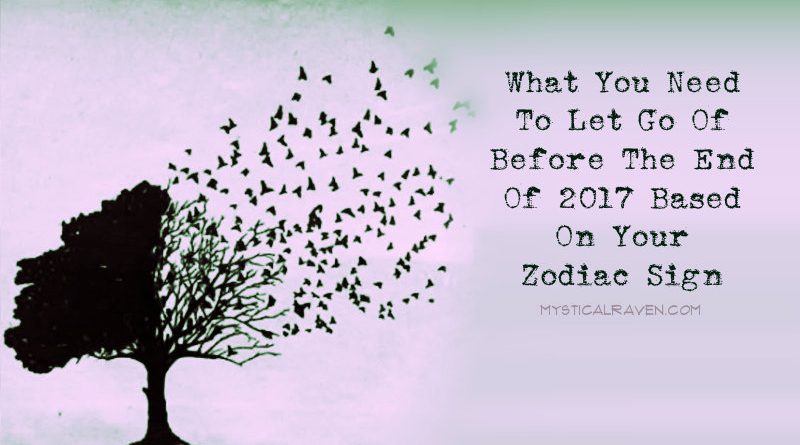 Let go of these things.

Yes. You are deeply ambitious and you always strive to be the best at everything that you do. It’s the reason why you’re so successful and why you always manage to get ahead of everyone. But as an Aries, you have to let go of the times wherein you actually came up short of being the best. You can’t possible be number one at everything you try your hand at. Accept that you are only human and you will have your share of weaknesses.

You make wrong decisions every now and then. That’s okay. You aren’t always expected to have the right answers and you have to let go of those times wherein a decision you made led to unfavorable results or outcomes. You are only human and you can still grow from your experiences.

You have serious fear of missing out and you really have to get over that fear. No matter how much you want to be omnipresent, you can’t be everywhere at once. There are some things that you are going to have to miss out on and some opportunities that you can’t take advantage of. Learn to live with that fact and just let these thoughts go.

Rejection is normal. As a Leo, you are always expecting people to be impressed by you but you have to understand that you can’t please everybody. As much as you want everyone to like you, it’s virtually impossible. You are always going to end up rubbing a few people the wrong way and that’s normal. Just learn to let go of those times wherein people reject you.

You are going to come up short every once in a while and that’s okay. As a Virgo, you are absolutely obsessed with being perfect every single time. You have great attention to detail and you are very methodical with your approach to all of your tasks. But sometimes, there is always room for failure and vulnerability. And in those times, you have to accept it. Don’t let the fact that you’ve failed bog you down as you move forward.

You have to let go of your fears of solitude. You have to understand that you don’t always need to be surrounded by lots of people in order for you to be happy. It’s perfectly okay for you to be alone sometimes and you won’t become any less of a person because of it. As a Libra, you should pursue whatever time you can get for yourself because that is precious.

Let go of those times that you trusted people even when you shouldn’t have. It happens. People betray one another in this world and you can’t be naïve enough to expect otherwise. If you’ve been betrayed this year, learn from it and the let it go.

You are an inherently adventurous person and that’s what makes your life worthwhile and exciting. So just learn to let go of everything that you missed out on while you were away. You can’t have it both ways and there’s nothing productive that comes out of pouting about it.

Typically, you always like to maintain a sense of composure and rationality. As a Capricorn, you consider it very out of character for you to let your emotions get the best of you. But face the truth and accept that sometimes you can slip. You’ve had your share of emotional outbursts this year, but you have to let them go. Stop killing yourself over your few moments of weakness.

Stop being so sensitive. As a Pisces, you have a tendency to take things a little too personally. You are deeply emotional and sometimes, it can lead you to having biased and clouded judgement. Whenever someone criticizes you, then learn to take it constructively. Stop treating it as a personal attack and learn from them. Learn to let go of any negative feelings brought about by criticism.