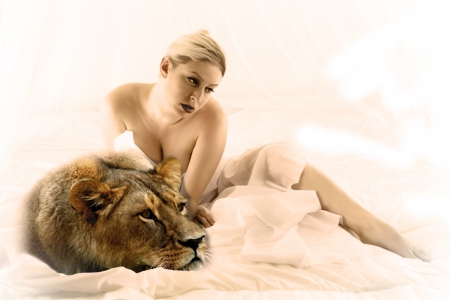 Far too often we allow people to convince us we are worthless. We let their projections affect us and we think that their hurtful words are real.

If someone is insecure with themselves, they will push that onto others, putting them down in an attempt to feel better. So if a man ever makes you feel like you aren’t good enough, it’s not you.

It’s his own insecurities — he’s not man enough for a woman like you. Why would you want to be with someone like that anyway? You deserve to be told how amazing you are and to believe it.

Never ever say sorry for being you.

Be real, be unapologetic, and never let anyone convince you to be less than all that you are.

A real man will give a woman love.

He won’t play games with her heart or her mind.

Plain and simple, you are enough.

Anyone who can’t see that is a weaker person who can’t recognize true beauty.

If someone treats you like you’re unwanted, it’s not that you aren’t good enough.

They simply don’t see all that you are and have — but that doesn’t mean you can’t see it within yourself.

Boys get tired of the “chase.”

Real men plan and strategize — because when they see something of value, they want to make sure they don’t lose it.